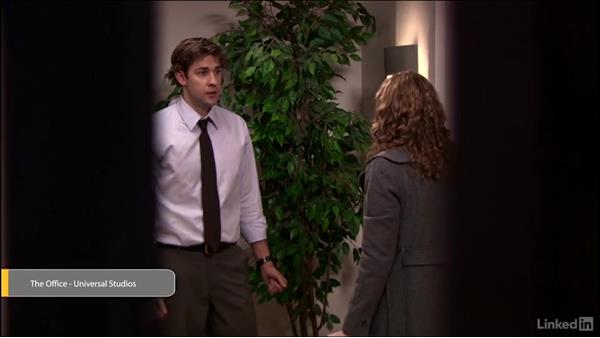 Handheld shots are when the camera operator actually holds the camera in hand, either in their hands, or with a shoulder mounted rig. This creates organic movement as the camera moves with the operator, and tends to breathe life into camera shots, making them feel more intense. Handheld camera moves can be great when characters are scared or nervous.

- Another one of the most common ways…to move the camera is to shoot handheld.…This is exactly what it sounds like.…Instead of putting the camera on some…stationary apparatus, the camera is held by hand.…This creates an organic shakiness…that creates a lot of energy in the frame.…If the camera lens represents the eyes of the audience,…then handheld shots are like cranking up the heartbeat…of the audience, making it so they just can't sit still.…The most common usage in this is probably fight scenes,…both verbal and physical.…The war boys are on the hunt in this scene…from Mad Max: Fury Road.…

Almost every shot in this sequence has a frenetic movement…of a handheld camera to keep the energy up,…and it really works.…In the movie Whiplash, throughout much of the film,…even when things were tense because the student…couldn't quite keep up with the teacher,…the camera was still pretty stable,…but later when the teacher and student…were in direct conflict with each other,…the camera becomes noticeably handheld.…Even some of these reaction shots of the other people…