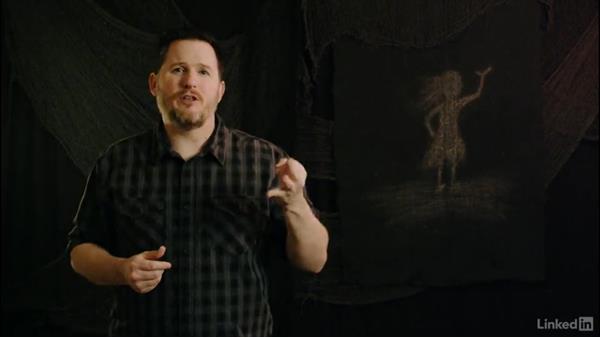 A quote attributed to Nobel-prize winning writer William Faulkner is "in writing, you must kill your darlings." This means that storytellers including filmmakers - writers and directors - must be willing to sacrifice parts of their story that they love, in order to tell a better story overall. Sacrificing great scenes is an essential tool for directing movies.

- In the filmmaking world, we often toss around this really horrible expression about killing darlings. This, reportedly, originated from a quote by Nobel prize winning author William Faulkner, who is credited as saying, "In writing, you must kill your darlings." This essentially means that you have to be willing to cut out the pieces that you love, in order to tell a better story overall. In course number two, the course on writing, we looked in detail about this whole darling killing business. Now, it's hard to kill your darlings when you're writing, but at that stage, your darlings are just words and ideas, it's much more difficult to kill darlings as a director because often, your darlings have all ready been filmed, and they cost money, and many people have put effort into those darlings.

On the assurance, I had a good friend donate her time, and her beautiful face, to these shots. In Seattle, these gorgeous pink Cherry Blossom Trees only bloom for a very brief period once a year. But after reviewing the final edit of the film, the sequence just made the film more confusing, so it had to go, and along with that shot, this part of the sequence, with the moldy alter, we shot this in a friends backyard, in the rain, and we actually let mold grow on all the junk in our garage for months, it was awful. And what's worse is that I actually love this sequence.

We used it to show a before and after of how the world used to be, the people were healthy, and offered sacrifices to the Gods, who in turn, blessed them with children and abundance. But now, this moldy piling of offerings suggest that the people are doing their part, but the Gods have turned their backs on them. I love that imagery, and the way it's told visually in the shots. But in the eight minute short film, these ideas distract too much from the main story, and became a darling that had to be put down. Likewise, the original version of the film, that we had to cut out, (mumbles) Jane's original voiceover, which is the best part of the film.

- [Female] Our world is not so different from yours. - The final version of the film has a unique format, in that it's narrated and told in fragmented pieces. It's probably not ideal. Even though the rough cut of the film was a lot more boring, it was a lot more clear, because scenes just played out in real time. In the final version, we showed just bits and pieces, and filled in the gaps with voiceover. I suppose that's less of a darling we killed, and more like a hideous beast that we gave birth to. But I still think the overall story is better because of it. There's even a completed visual effects shot that I hated killing, but I felt like I should.

With all of Cordia's climbing, we had these tight climbing shots, I felt it should be important to see this whole world, like an establishing shot, of where the finale is going to take place. So, I made this very brief shot that shows Cordia, and puts in perspective how far she's come. But the end of the day, it was the least realistic of all the visual effects shots, and I just, I hate it. It took me out of the film every time I saw it, even though it's only a second or two long. It was a darling, in that it really helped to establish a location, the finale, but my visual effects skills failed on this one, and that's all I could see when I saw this shot, so it had to go.

And you know, amateur filmmakers aren't the only ones that have to kill their darlings. Legendary director, William Wyler, who directed Ben Hur, also directed one of my favorite obscure creepy movies, The Collector, which is actually the film debut of Terrence Stamp, AKA General Zod. Wyler reportedly cast Kenneth More in a costarring role, and ended up having to cut out the entire role in post production. And speaking of the darlings he had to kill in The Collector, William Wyler said it was some of the finest footage he ever shot, but he still cut it.

Because he knew that it's worth it, to tell a better story overall. Remember that the audience doesn't care how long or how difficult, or how expensive a scene was to shoot. They don't care that you grew mold in your garage for months, or how rare and beautiful Cherry Blossoms are, or what a sacrifice it was for your pretty model friend to come and donate their time to get that shot. No one cares, people want a great story, and in order to be a great story teller, you need to be willing to let go of whatever is getting in the way.