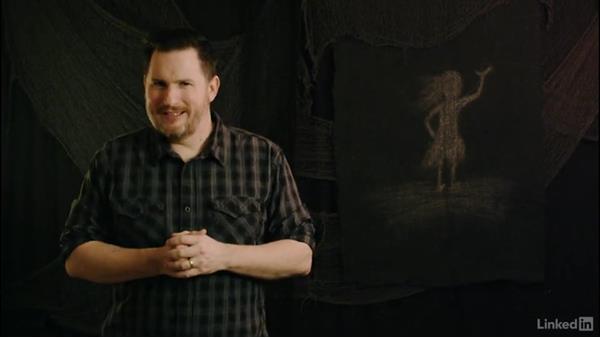 It is the job of the film director to interpret the script. In this filmmaking tutorial, methods of interpreting a screenplay - including determining the emotional tone, the visual style, and the color palette - are explored. Although getting a creative vision for the project is the responsibility of the movie director, the screenwriter can also assist in rewrites suggested by the director.

- Actor-directors are attached to a project.…They often want to revise the script…based on their vision of the project.…This could be handled in a variety of ways,…but it's usually best to try to keep the writer…on board the project and have the writer make the changes…that the director wants.…The writers have been pondering this world the most…and are the most intimately familiar with it.…It's also likely the writers have thought of…and dismissed ideas that the director might have.…So it's great to keep that conversation open…and have the writer make those changes wherever possible.…But if the writer disagrees…with the direction the director wants to take the film,…eventually a new writer will have to be brought on…or the director will have to rewrite the script themselves.…

The director has to be given the freedom…to tell the story that they see.…If they have to worry about maintaining the writer's vision…and their vision, the film will be a mess.…So then, how do you interpret the script as a director?…That's a tough question because it's very personal.…