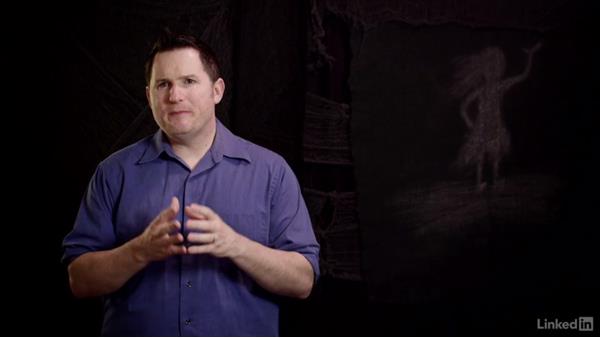 Production value on a film means making it look like it cost more money than it did to produce. This tutorial looks at the best ways to spend money on your film to make it look its best. This includes sound design and recording production audio well, professional color correction, and moving the camera and why elegant camera movement adds so much production value.

- We've looked at how important your budget is when telling a story. One of the most important aspects of getting a bigger budget is so that your film can look like a more professional production. Things that make your film look more polished and professional add to what is called your production value. One of a producer's biggest contributions is to help the director add as much production value as possible while spending as little money as possible. Let's look at some ways to add production value to your film. Note that almost all these things aren't technically under the jurisdiction of a producer, but making a high-quality film as inexpensively as possible is.

So just being aware of these things can help you find alternatives, and if there are no alternatives, knowing this stuff can help you have more informed conversations with your team. The way your movie sounds might be the single most important thing here. Your sound doesn't really have to be amazing necessarily, but if it's bad your film will be unwatchable, even if it looks amazing. Get good sound and edit your audio well. Another one of the biggest things you could do to add the production value of your film is move the camera.

Few things make a shot feel more cinematic than fluid and well-crafted motion. As we'll look in the training series in cinematography, moving the camera can just be pretty and more engaging, but can also really enhance the emotion in a shot. Also moving the camera is expensive. And why is it expensive? Because taking a camera off of a tripod and putting it on a dolly or a steady camera, even a shoulder rig, takes time, and time is money. We didn't use any of these specific things on The Assurance.

Instead I used a Rhino camera slider. For a dolly shot you have to set up tracks and get out a cart and level it. It's a lot of work. It also takes a grip to then push you on the dolly, but a slider can often create very similar moves and is very inexpensive and much faster to set up. This allows us to add a little more movement to a lot of shots. And for some of the epic landscape shots of Cordea wandering around, we're able to add a lot of motion. This shot here looks pretty awesome and intense, but it's really just a smart combination of your lens choice, the background, and the motion on a slider.

This shot was just a couple minutes to set up and film and cost nothing because I own the slider. But my audience doesn't know that. Well, I guess, technically you do know that now, but you get my point. For another shot that didn't make it into the film we needed a longer slide than my slider would provide. So I used a favorite trIck amongst low budget indie filmmakers. A wheelchair. This is a lot cheaper and quicker to set up than a dolly and can provide very similar results. Moving the camera is also expensive because of the camera moves closer to or further from the subject, the focus will change and will require a camera assistant to change the focus on the camera while the film is being shot, which also costs money because you have to pay for the camera assistant.

So that's something to be aware of as well. In regards to camera work and production value, it's not just about moving the camera, it's also what's happening in front of it. Where you place objects in the frame and how they move, as well as the focal length of the lens that you're using. All these things go a long way in the production value of the final picture. And changing these things is usually free, other than they might take a little time to plan. Also, all the other stuff in front of your camera contributes a lot to your production value or the lack of it.

How you decorate your set, the art direction, the props, locations, wardrobe. All these things are great ways to not only boost production value, but also to tell a better and more cohesive story. And a lot of amateur productions seem content just shooting at a blank apartment wall or whatever's there. That's so bland and boring. Add some flavor and watch your production value soar. Another thing that adds so much to the quality of the film is the lighting. This is something really lacking on super low budget shorts.

In my opinion, lighting is the area that you should really focus on if you want to make your film look professional without increasing the budget too much. Now lighting gear is really expensive, but there are free and extremely inexpensive alternatives like the sun, for example. And you can use these to create absolutely gorgeous images regardless of the camera that you're shooting on. And speaking of your camera, it actually can make a difference. Filmmakers love to tell themselves that cameras don't matter and it's all about the story. And to a large degree that's absolutely true. We've all seen blockbuster Hollywood movies that made amazing trailers that we're all so excited to see, it looks so cool, but then you actually see 'em, they're really dull and boring 'cause the story isn't great.

But the quality of your final image can make a difference in your production value, and that quality is determined in large part by your camera system. Along with lighting and camera stuff, another important step to adding production value to the image quality of your film is to color it. Now this wasn't a step in years past. What you got out of your camera was just it. It's what you used. But now cameras are able to capture more information which ironically looks worse initially. So to really add the final polish it should be given to a colorist.

Because of its importance in the modern film work flow, we have an entire training series devoted to the coloring I did on The Assurance. Now we've talked about a lot of stuff, but let's see it in action. Here's behind the scenes footage of us filming a shot for The Assurance. We've decorated the set and added wardrobe. Although the subject is lit well, it isn't lit well from the current angle. So from this angle it's not that impressive. But if we use a better camera system that can capture more data and then we use a more cinematic lens, it looks more professional.

But something still seems off. What is it? It's the color. So after adjusting these colors in post production we can see the beauty of the lighting on the edges of our subject and we have a pretty professional shot, especially once we add a little motion here. As producer, take some time and look at your resources. Although the story is obviously the most important thing, your story will resonate on a greater level with a wider audience if it also looks like a professional film.