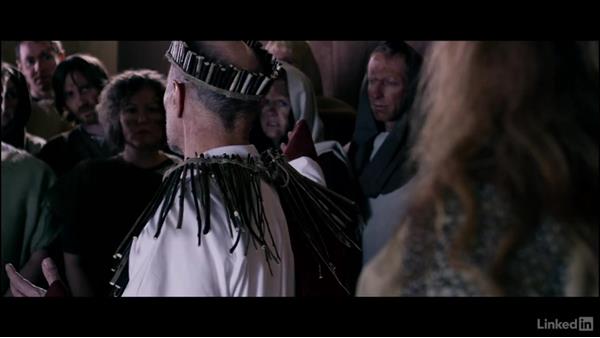 How do directors improve shots? What kind of notes do directors give? Questions such as these are addressed in this filmmaking tutorial. Often, actors might have an expression or movement that feels out of place. Other times, the camera movement might not be smooth enough, or awkward in another way.

- When you're on set, how do you know…that you got a good take?…Oh how I wish that there was…a concrete answer to this question.…It's kind of something you kind of have to feel…instinctively, and honestly, for your first few films,…it'll probably be more just about making sure…that there aren't big problems with the take.…But the more you work to improve your shots,…the more your taste will be refined.…In this chapter we're going to look…at a slew of tricks to improve shots.…In this tutorial we're going to look at a few shots…from The Assurance and examine the types of changes…that we made to improve each take.…

Let's look at an example here.…During actress Eva Jane's close-up…when her character says good-bye to Korda'a,…I wanted her to feel rushed.…This is partly because there were some villains…in the background in that original version that we shot…and also because it was kind of like…ripping off the Band-Aid and finally letting Korda'a go.…However, it felt cold to me that her whole good-bye…to Korda'a would be so abrupt.…