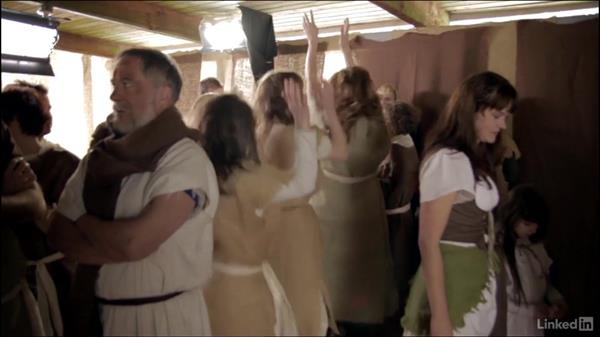 Filmmaking is about problem solving, and learning from your mistakes. During production of The Assurance short film, there were a lot of mistakes. Some of those errors are presented here to give you the best filmmaking training available, and so you can know what pitfalls to avoid when making your movie.

- As part of this training, in each training course…I like to make sure it's clear what mistakes I made.…It's painful for me to share these failures…with such a large audience, but…that's really the point of this series.…Filmmakers learn most from making mistakes, and…the more of my blunders that I can illuminate for you,…the more that you don't have to make for yourself.…In terms of producing, my biggest mistake was…that I did it in the first place.…I probably shouldn't have produced this film.…It would have been so much better…if I would have had help.…Some other collaborator that believed in…the project and could have handled…the mechanical and administrative stuff,…so I could focus on the creative stuff.…

But, I couldn't find anyone interested in doing that.…After our first day of shooting, for example,…instead of being able to focus on the script and…the plan for the next day, which is…really important for me personally,…I had to finish painting this mural for the set.…Once I was done with that, i had to rush off to…