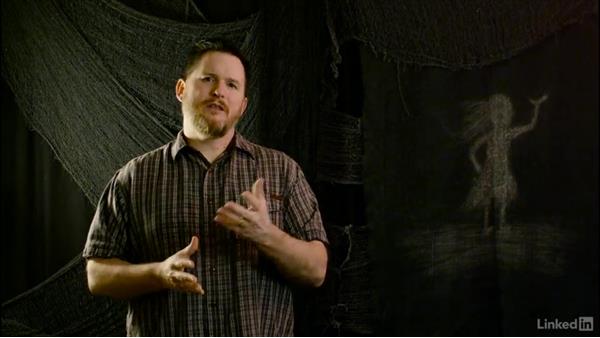 It's important for actors to understand the characters that they are playing. This includes understanding their overall objectives for the film, which is called a spine. The character's spine is the objective that drives them through all of their scene objectives and pushes them forward through obstacles. Most decisions about characters can be found once the spine is understood by the actor.

- In this tutorial we're going to look at how…to figure out who your characters are,…and how to bring them to life on screen.…A lot of times writers will create really involved…backstories about the entire life of their characters…so they can understand why they would…make certain choices in the film.…Directors or actors can use these…backstories or create their own.…This helps them feel connected to the character…and to know them more intimately.…It's important though that the director and the actors…discuss anything that affects their performance,…just to make sure that everybody's on the same page.…For example we don't learn anything…about the parents of Korda'a or Ta'ani.…

But Heather and I wrote a backstory about their mother…and how she taught Ta'ani who she was and put Ta'ani in…charge of training Korda'a and sending her on her mission.…It was for us as writers so that we…could know more about our story.…I don't even remember if we told this to Eva or not.…Now the idea of collaborating the create characters…