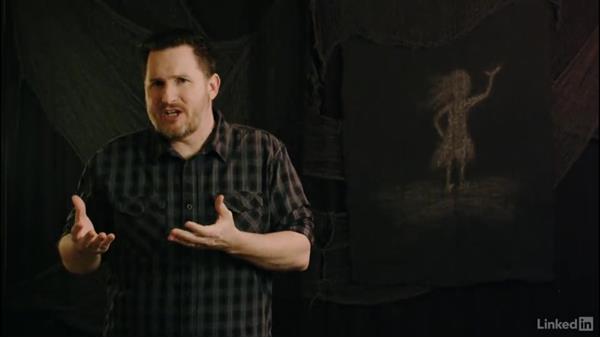 Movie directors often neglect audio in post production and being involved in that process. But it is important for filmmakers to remain connected to the piece and understand what they need from their post audio team, such as the way the film is mixed, and the way the sounds are edited and processed - with compression, reverb, and EQ - and the composing of the soundtrack.

- Audio is probably one of the most neglected components…of filmmaking by new filmmakers,…and by audio, I'm referring to two main categories here,…the sound design, including the foley, sound effects,…and overall mix, and also the music.…For the sound design,…it's important to understand what you're looking for.…Obviously we'll look more at this in the upcoming…training course on audio,…but I wanted a really strong mix.…This is a fantasy film.…It takes place in an imaginary world with magic and stuff,…so there are different rules and standards…for that genre typically,…so an early test from our sound designer,…the balance of all auditory elements was fantastic,…and the sound felt very natural.…

- A child will come to save us.…- But as the director, it was important to me…that the whole film felt a little larger than life.…The colors, the music, the sound design.…If it felt natural, we're in trouble here.…I mean this is a fantasy film,…so we have to lay it on a little thicker.…So I had our sound designer add a little bit…