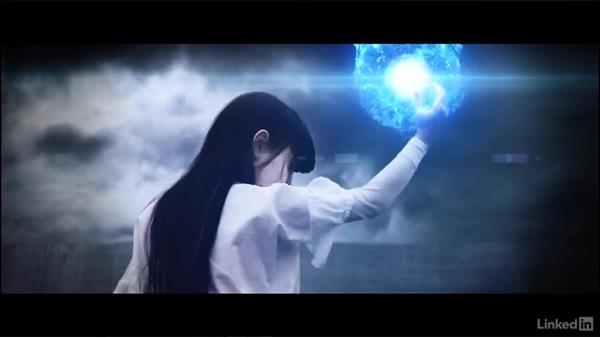 For example, I really liked the way this visual effect…shot turned out.…Originally, her eyes stayed white for the entire shot,…but then later I did Cordea's visual effects…for the finale,…