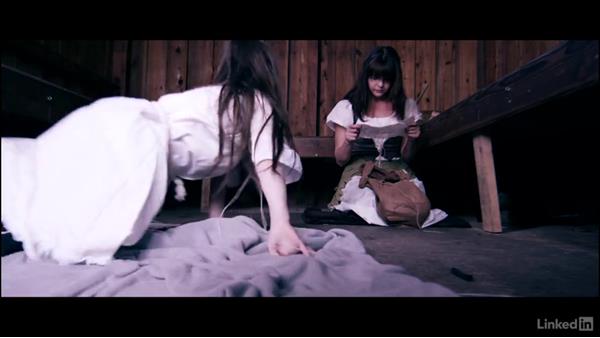 When shooting a movie, film productions will often have to deal with inclement weather and weather related issues. Rain can damage sensitive camera, audio, and related equipment. Extreme heat can exhaust actors and the film crew. Wind can also cause several problems, including visual disturbances and issues with recording on set audio.

- Whew!…Weather can be a beast…and a nemesis to unprepared filmmakers.…It certainly was on The Assurance.…As part of this training,…I wanted to make a film that was impossible to do perfectly.…So shooting outdoors in springtime in Seattle…seemed like the perfect opportunity…to invite unexpected challenges.…And while it wasn't as bad as it could have been,…it still was a challenge.…In the world of The Assurance…everything needed to seem bleak and dreary.…So we were kind of under pressure…to hurry up and film while it was still springtime…before all the flowers and trees blossomed again.…

This shot right here was taken…about a month after we wrapped production.…You can imagine how difficult it would be…to make that look like a dreary world.…When I scouted out a location for The Assurance…these were the sample pictures I took.…This was early March, two weeks before production started.…It was sunny and a warm 75 degrees.…Flowers are starting to bloom…and I feared that we'd lost our dreary world.…Then the night before production…