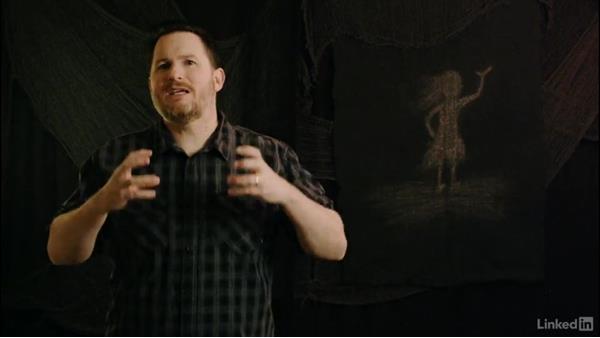 Amateur filmmakers often make the mistake of adding content to clarify storylines or plot points, or to help audiences understand character development more. But often, storytellers will get better results by omitting and cutting information to add clarity. Removing unnecessary details allows audiences to focus on what really matters in the film.

- Along with "killing your darlings",…another adage often heard in filmmaking…circles is that less is more.…But how can that possibly be?…Well in terms of story telling…as we add in unnecessary details,…the point of the story gets lost,…so often the problem with stories…that don't make sense is that there's…too much information.…Let's say I told you this story.…Today my car broke down, I didn't know…what to do so I started walking to a gas station…and after a couple miles I swear I saw…Mr. Thompson my high school English teacher…but you know he just kept on driving,…so I walked for another few miles…and it was freezing you know, the temperature…was like I don't know 25 or 30 or something,…I don't know exactly but it was so cold.…

The battery in my cell phone died…but I finally made it to one of those…like old-timey pay phones, you remember those?…Now how much more powerful would this…story be if we stripped away everything…that's unessential to the story?…Today my car broke down, I walked six miles…in below freezing temperatures until…