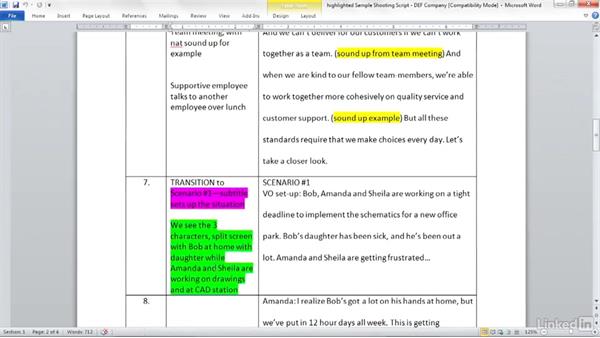 Join Amy DeLouise for an in-depth discussion in this video Creating your concept boards, part of Video Editing: Moving from Production to Post.

- Concept boards are another really important tool for you to communicate with your production team and your post team. It really helps you define your concept, get buy-in, compare/contrast different options for how to deliver the concept, and make sure everybody's on the same creative page. So in this example, for a project for a hospital, we had a whole series of different concept boards, and we designed these little animated characters on screen to represent the parents and the families and the people on the staff of the hospital.

And we went through a couple of different iterations of those before we all landed on the same page in terms of the look and style of the piece. And then we went into much more detailed boards because that was a graphics piece, so obviously, it required significant detail in terms of the storyboarding. But even if you're just doing a very quick initial set of boards so you can share your concept, share your creative brief and vision for the story, there are a number of storyboard resources you can use. Of course, Adobe Photoshop if you want to do still boards, and Adobe After Effects if you want to show some motion boards, are two terrific tools.

You could also try storyboardthat.com. There's Cinematech. There's many other tools, Piktochart, that make it a little bit easy. Even something that Animoto, where you just put some still photos to music can just help at least capture the flavor of what you're trying to accomplish. And even just showing that to your editing team can be really helpful when you're in the phase of the handoff. So whatever tool you decide to use, even if it's just sketching something out with a pencil on a piece of paper, communicate visually as well as in writing, and that's going to make it a much easier handoff when you get to the editing phase of your project.

One of your primary tools as a producer is your shooting script. And eventually, you're going to segway from this script into your editing script. The script obviously defines your scenes, your characters, maybe some transitions that you need, any on-camera audio that you anticipate gathering, and possible sound bites if you're doing interviews. So let's take a look at this script for DEF Company, the same project that we talked about earlier with the creative brief. DEF Company is going to have a video that's going to be hosted, so we're going to have a host on camera.

And there's also going to be some scenarios so that we can show how teamwork together and customer first, all the little themes that they have. They have four themes, how they come to play in the workplace. So the host is going to tee it up, and then we're going to get into scenarios. So what I've done here is I've broken it down. I'm a big fan of color coding. And so before I shoot, I like to know what all my pieces are. So in this case, I've got yellow for b-roll, so I'm opening with a montage. I'm obviously going to have to shoot all that or acquire it from some other source.

I've got the host segments in green and other talent in green so I know those are actors, so those segments are highlighted that way so I know what it is that I'm going to be doing. And then in pink, I've got things that are going to probably be driven by graphics. So that's going to have to be definitely communicated to my post team because obviously, those graphics are going to have to be created before we can start editing. Or at least maybe before we start fine cut. So that's just a good way to start breaking things down, and here, in addition to b-roll, I've got some highlights for sound-up.

So here, I see the host talks about, "We can't give Best of Class service in the industry "if we're not putting our customers first," and I'm envisioning a little bit of sound-up from a phone call between an employee and a customer. And again, there's another sound-up here from a team meeting and a third one here where two employees are talking to each other. If I don't highlight those in the script, you can bet that we're not going to pick up that audio. And it's not going to be useable in post, and then I'm going to have a little problem with my friend Louisa when she's trying to get those files from me.

So, want to make sure that the shooting script highlights every possible thing that I need to pick up so I now what I'm doing. And then what's great about this is this will drive my shot list later, and you can certainly put a shot list together pretty easily from this. So right here I've got a shot breakdown that I've done from the same project based on the same script. And usually, I like to work in spreadsheets for shot breakdowns, but you can also work on Google docs; they have a spreadsheet function as well.

And so I've taken those same things. It would be nice if the colors matched, and apparently, the producer didn't do as good a job on the color matching here, but. So maybe I'll fix that by saying, okay, my host is going to be green because I like it to match what I had in my script. So we're going to be shooting the host, and you can see what days we're shooting and where we're shooting and notes about the camera. And then I might make some additional notes, which we're going to talk about later so that I can give my editor some other information in the shot breakdown.

There are plenty of resources out there to help you with script writing. There's Adobe Story, Final Draft, plain old Microsoft Word or Pages, where you can set up your own templates. Lots of tools. The main thing is that you have some document on paper that gives you a blueprint for where you're going in this production so that you've got a tool to share with your entire post team. So you have all of these documents that really help bring the whole team together on the same page with the concept. You've got your creative brief, where you set out the big-picture goals for the project, the storyline, some of the key elements, and also how you're going to deliver the project and, of course, when it's due and all of those deadlines.

Then you've got your concept boards that kind of give everybody a sense of how it's visually going to look in the end. You've got your shooting script, which is going to be broken down into all the scenes you're acquiring in the field and then maybe some things you need to acquire separately like stock material or graphics. And then you've got your scene breakdown so you know you're shooting all the things you need to. All of these are tools for you as a producer that you can then hand off in edit so that you know there's a smooth handoff of all the assets and all the materials to make your creative vision come to life. 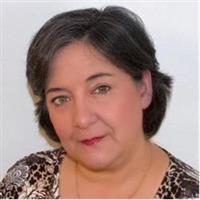