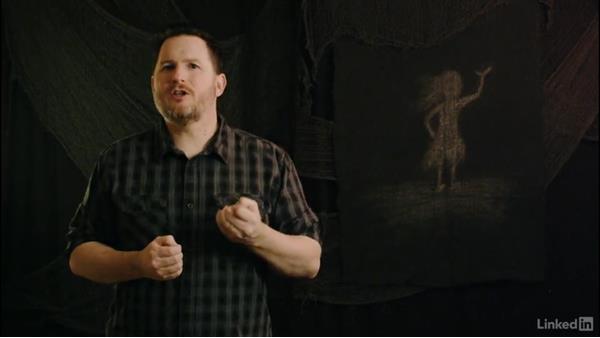 The visual style of a film is what makes it unique and cinematic. Movie aesthetics can really help convey a story more convincingly to an audience. Directors can tell better stories if the wardrobe, hair, makeup, locations and sets, music, color palette, lighting, camera movement, props and more are all telling the same story and are designed well.

- As director, you will be ultimately responsible…for the visual style of your film.…Of course, you'll have the assistance…of your production designer and director of photography,…but ultimately, they'll be coming…to you when they have questions.…This whole thing of style was especially important…on a fantasy film like The Assurance.…I really wanted to create a fantasy world…that hadn't been seen before.…So many fantasy films feel like stylized versions…of Europe in the Middle Ages, and I love that style,…but I wanted to make something new for The Assurance.…I wanted this to feel like another world,…and I wanted the people to look broken and worn down.…

To make the world feel unique, I used a color palette…of stylized versions of earthy colors.…For the common area scene, there are greens and oranges,…but I also added blues to the shadows.…I really like the color palette.…It's natural colors take you to a slightly unnatural place,…and that's the style of the film overall,…that I was going for, a world that felt familiar…