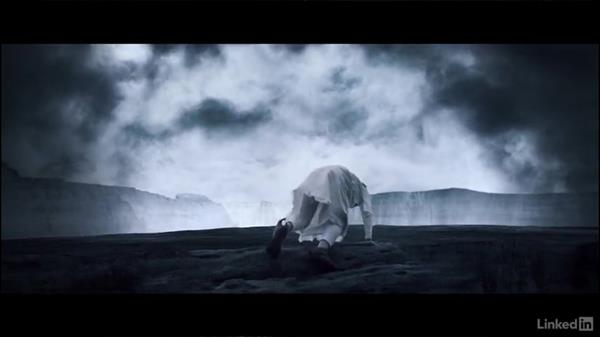 Generally when making a movie, directors should control the emotional tone of the film so that the entire piece coheres together. This includes directing scenes so that they fit tonally with the other scenes in the movie. Great films like Taxi Driver and the Silence of the Lambs were great at controlling the emotional tone and keeping the voice consistent throughout.

- Let's talk about controlling the tone of a film.…For The Assurance I felt it was necessary…to set the tone immediately,…before the film even started.…Since my films have been comedies…and a lot of short films are comedies,…I created an opening credit sequence…that helped set the tone.…The movement is slow and brooding,…and the music is also somewhat static,…lots of whole notes,…which adds to the heavy and ominous vibe of the film.…Now all of this doesn't have to do with the tone really,…the opening credits are also kind of a mystery…that's put together at the end of the credits…as we realize that the opening credit sequence…is actually just pieces of the assurance…that we were looking at.…

So the opening credits don't just establish…the darker tone of the film,…but they also establish this idea…of putting together a mystery.…And we'll look a little bit more at this idea…later in this chapter.…I also think there were a few moments…that underscored the tone of the film well.…The slow, sad pace of the hut scene fit well I think,…