Choosing the tone of the film 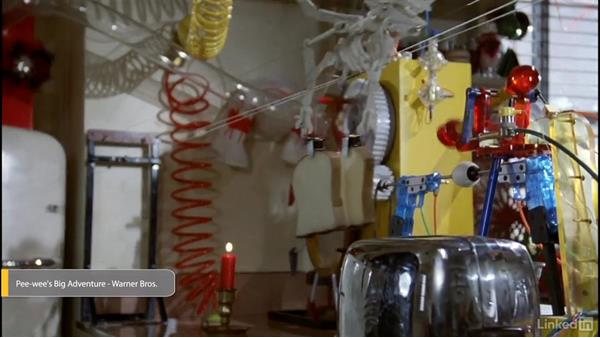 In filmmaking, the tone of the film is the way the film makes the audience feel. When scenes or shots don't fit in with the rest of the film, it tends to be jarring for the audience and take them out of it. In this filmmaking tutorials, examples of tone in movies are given, including Willy Wonka and the Chocolate Factory.

- I'm excited about this chapter. Here, we're going to look at the movie going on beneath the movie. The symbols, the tones, the themes, and motifs, you know all that stuff that your English teacher gets so excited about. I've mentioned a million times throughout all these training courses about all the humiliating blunders and mistakes that I made, but I think that the stuff in this chapter, the tone, themes, and motifs in The Assurance actually came out pretty well. First up is tone. The tone of the film is essentially the way it feels. It's the vibe, the personality of the piece as a whole or of a particular scene.

It's usually a good idea to create a consistent tone throughout a piece, or at the very least be aware of it, so you can regulate the tone as needed. If everyone in Game of Thrones busted out into a musical song and dance number, that would be an inconsistent tone from what they've established throughout the show. Likewise, it would be a break in tone if someone in A Christmas Story were murdered, or if someone in Rocky broke into the CIA and stole government secrets. Just doesn't fit. In choosing a tone for your film, it's generally a good idea to figure out what fits and what doesn't. Now, some scenes are there purely for tone.

For example, the breakfast scene in Pee-wee's Big Adventure. Just a long, detailed scene of the protagonist just making breakfast. After all this effort, he doesn't even eat much of anything, but that scene is so iconic and I love it so dearly, because it establishes the colorful, playful tone of the movie. Almost like a metaphor for Pee-wee's Big Adventure itself. This breakfast scene was a whole lot of effort. It doesn't serve much of a purpose other than just to be creative, visually stimulating, and really fun. One of the reasons that I chose a dark, fantasy film for this project, was because it was so foreign to me.

As a director, controlling the tone of your film is one of your most important jobs. We'll look more specifically at how to do that in the next tutorial.

Video: Choosing the tone of the film