Being a good leader 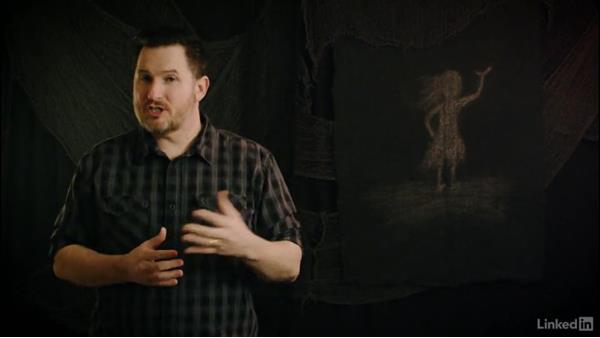 When directing movies, film directors have a lot of power on a film set. It's important that directors lead their cast and crew well, as they will be looked up to often. If the movie director is abrasive or condescending, this can create a lack of unity on set, and can lead to less input and creativity from the movie crew and the actors in the cast.

- Because the director is ultimately responsible for all creative decisions, you'll need the best input from your team. That means understanding how to work with people and navigate those relationships. Even if you have no interest in being a leader, you will still be seen a leader on set, and you'll need to get your whole team on board with your vision to make the best possible film. So how do you lead your team as the director? Well, this entire chapter, we will have more specific pointers for you, but overall, I think being able to offer criticism tactfully makes a big difference.

I'm often working on film sets, not as a director, but in another role. And I notice that when the director is condescending or dismissive of other people's ideas, it affects the whole crew. When you embarrass someone for sharing their opinions with you, then it creates a culture where people are more cautious about sharing creative ideas in general, and as a director, you can't have that. You need all the suggestions, all the creativity. So, to me, creating an atmosphere where people feel comfortable sharing is extremely important.

But on the other hand, I think when we made The Assurance, I was trying so hard to make everyone feel that their opinions mattered, that I often said stuff like "Great job" or "Thanks so much," all the time, constantly. Nice work, everybody. I liked everything, guys, I thought it was really good. You guys are doing a great job, thank you so much. Okay, good job. And I think it ended up sounding generic and insincere after a while. So, discounting the ideas that of the cast and crew is a bad idea, but also offering mindless praise isn't optimal either. I've since learned that the real way to show respect to someone else's ideas is to be honest, specific, and sensitive about how you feel about it.

If the idea doesn't work for you, perhaps explain why. Or if it's a good idea, say what you like about it. If you don't know if it's a good idea or not, then say you don't know and you'll think about it. And speaking of not being sure of things, cast and crew seem to absolutely hate when directors can't make up their minds. I don't know if this is completely fair because directors have millions of little decisions to make all the time. And often, those little decisions have a big impact. And it's tough to make decisions, you know, when you have a handful of people all asking you to make immediate decisions right now about a dozen different things on the spot.

But I do understand the frustration when it feels like directors aren't prepared or indecisive because they haven't done their homework, and that is something that you should avoid at all costs. You should know what should happen on a story level and what the tone feels like for every scene. And those big decisions in pre-production usually make the smaller decisions about wardrobe or set dressing or whatever little thing just happens to pop up, makes all those little decisions infinitely easier. So, know the script. See the whole movie played out in your mind over and over in pre-production, so that when there are unexpected changes in production, you're ready to make the decisions that you need to.

Because when you're on set, and you have to make snap decisions, everyone is paralyzed. It's just wasting their time until you decide which direction to go in. I also think it's important to take advantage of your first AD or first assistant director. This is a crew position that we'll look at more later in this chapter, and also in the next training series on working on set. But essentially, they focus on all the administrative stuff, so that you can focus on all the creative stuff. But, the director and first AD really set the tone for the shoot, probably the first AD even more than the director.

But if you two are getting along and enjoying the process, the chances are strong that everyone else will too.

Video: Being a good leader