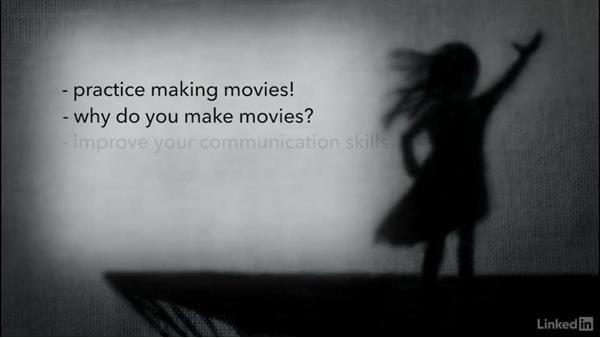 How to direct movies well and how to really become a film director are the subject of this filmmaking tutorial. A large component of how to direct films is the personality of the film director. The director of a movie should be skilled at communicating to their cast and crew, and understand a great deal about humanity.

- All right,…so you've watched almost all this training course,…and now you know all this stuff about directing.…So now what?…How can you become a better director?…That's what this final chapter's all about.…The most important thing is to get experience…telling stories visually.…We live in a time where the excuses of…why we don't make films have been stolen from us.…There are HD cameras in our telephones,…and extremely advanced editing, coloring,…audio and visual effects software that's given away for free…by the companies that create them.…So make stuff!…Practice telling stories with that video.…

I'd also recommend some self-reflection to figure out why…you're interested in telling stories in the first place.…That will help you understand what kind of filmmaker you are…and the type of people you want on your team.…It's also important to improve your communication skills.…Sarcasm, being condescending, pouting.…These are not flattering behaviors from a director,…and it won't help you get what you want from your team.…