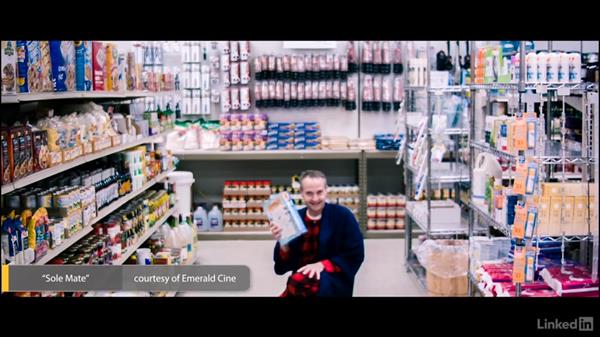 - As director, it's your job to make sure…there's enough drama in your film…to keep audiences engaged,…and that means ensuring that the conflict…throughout the film,…and in each scene is enough to maintain viewer interest.…Even if the writer didn't add conflict,…you'll need to add it.…This might be the single biggest problem…of the original version of The Assurance,…and honestly the tension in the final version of the film…isn't exactly gripping.…We shot the sixth scene in post-production…to add a little bit more tension,…but it was still just one shot,…so we created the motif that we talked about earlier…of splitting shots into two pieces…and showing part of the scene at the beginning of the film,…and then showing it again later…revealing more details about the shot…when we see it again,…and you know, that helps,…but the biggest problem is that we never see…the biggest villains in the film,…Golhatan and that sickness,…we never see those things directly interacting…with our heroes.…

Cordea mentions them in the voiceover,…