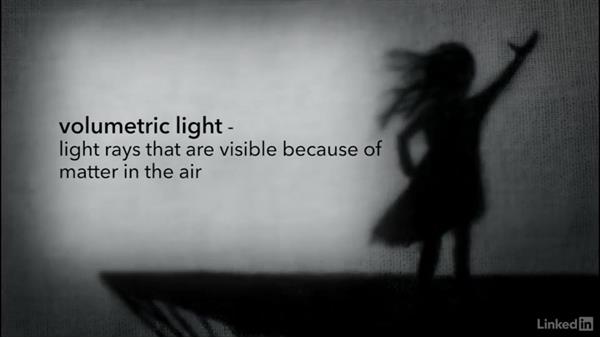 Atmospherics refers to particulate matter in the air to aid the beauty and the cinematography of a shot. This might include rain, dust, smoke, fog, snow, fire distortion or other natural phenomena. These natural elements are great for adding an organic atmosphere to shots. This can be a great way to diffuse light or for creating volumetric light.

- One of the things I love adding to shots to improve them…is atmospherics.…Atmospherics is what I call organic elements…that are added to the shot to create a kind of ambiance.…In the shot of Korda'a at the campfire,…we shot through the fire and heat distortion…and it completely changes the character of this shot,…so that's kind of what I'm talking about…when I say atmospherics.…One of the big centerpieces in the whole film…was the massive fire pit in the center…of the common area scene.…Behind the scenes camera guy Steven Heller…worked tirelessly all day long to maintain that huge fire.…But in the case of this fire we don't ever…actually see the fire part,…but the smoke and the ashes in the air…for the preacher's shots create so much life and energy.…

In this shot of Jurassic Park there's an intense vibe…created by the smokiness that fills the frame.…As we pan over we see it's just this pot…with something burning in it.…What's that thing there for?…It's there because smoke looks awesome. (chuckling)…In the upcoming cinematography course we'll look…