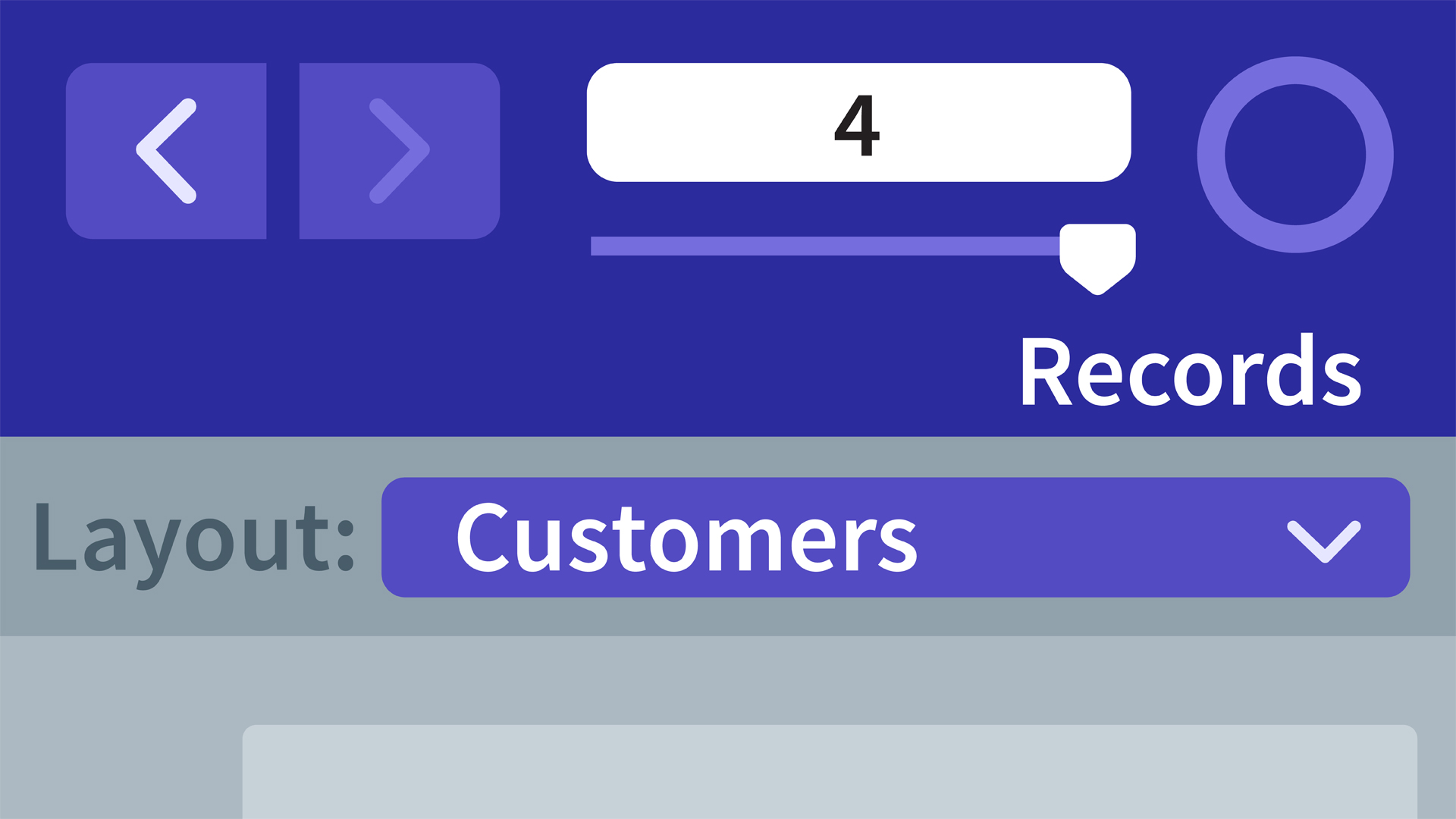 - [Instructor] A lot of times when you're searching for data inside your FileMaker custom apps, you're going to create found sets but than you might think of another criteria that you want to affect against the existing found set, either constraining it further or extending it out. So, in those cases which involve additional steps, there are tools inside FileMaker that'll help you do that. And this can help when you're doing some data mining or troubleshooting within large data sets. Let me show you an example. Let's say I go into find mode and I go into my status field and I'm going to type inactive, it gives me a found set of 147 records.

But now what I'm going to do is go back into find mode and enter the criteria of California and instead of hitting a perform find, I'm going to go into the request menu and choose extend found set. Now you see I have 166 records and not all of them are inactive. That's because what I've done is I've added the entire found set of California records or whatever weren't already in my inactive found set, I've added the balance of those to my existing found set. So, in this case, let's say I was trying to find all inactive records and then I said I want to see everything that's in California, whether it's inactive or not, so I extend that found set out a little bit larger.

I could do the reverse as well. Let's say I show all the records, which resets my found sets to all the records in the database and now I'm going to do a search for California. And now you see that I find 23 records. But I want to find only the pending records within this found set. So I go back into find mode and I enter in pending into the status and instead of hitting perform find, I go into the requests and say restrain. So now I've taken that 23 record found set and constrained it down by the second criteria, which was pending.

I could go further if I want to. Go back into find mode and just put a see in here and constrain it even further. Now I found only three records. The constraining or extending is a way you can data mine or dig into the data that you've got in your databases, throwing different criteria at it until you find the right combination that isolates either a set of problem records or just the custom found set that you're intending to create.

5/9/2017
Learn how to design and build custom apps with FileMaker 16—the custom app development platform used everywhere from home offices to Fortune 500 companies. In this course, Cris Ippolite walks through the essential FileMaker Pro skills. He covers a variety of topics, from creating tables and fields to designing layouts that display your data in a smart way. He also shows how to find and sort data, create reports, import and export data, write scripts, diagram relationships, and more so you can start learning how to build your first custom app from scratch.
Topics include: