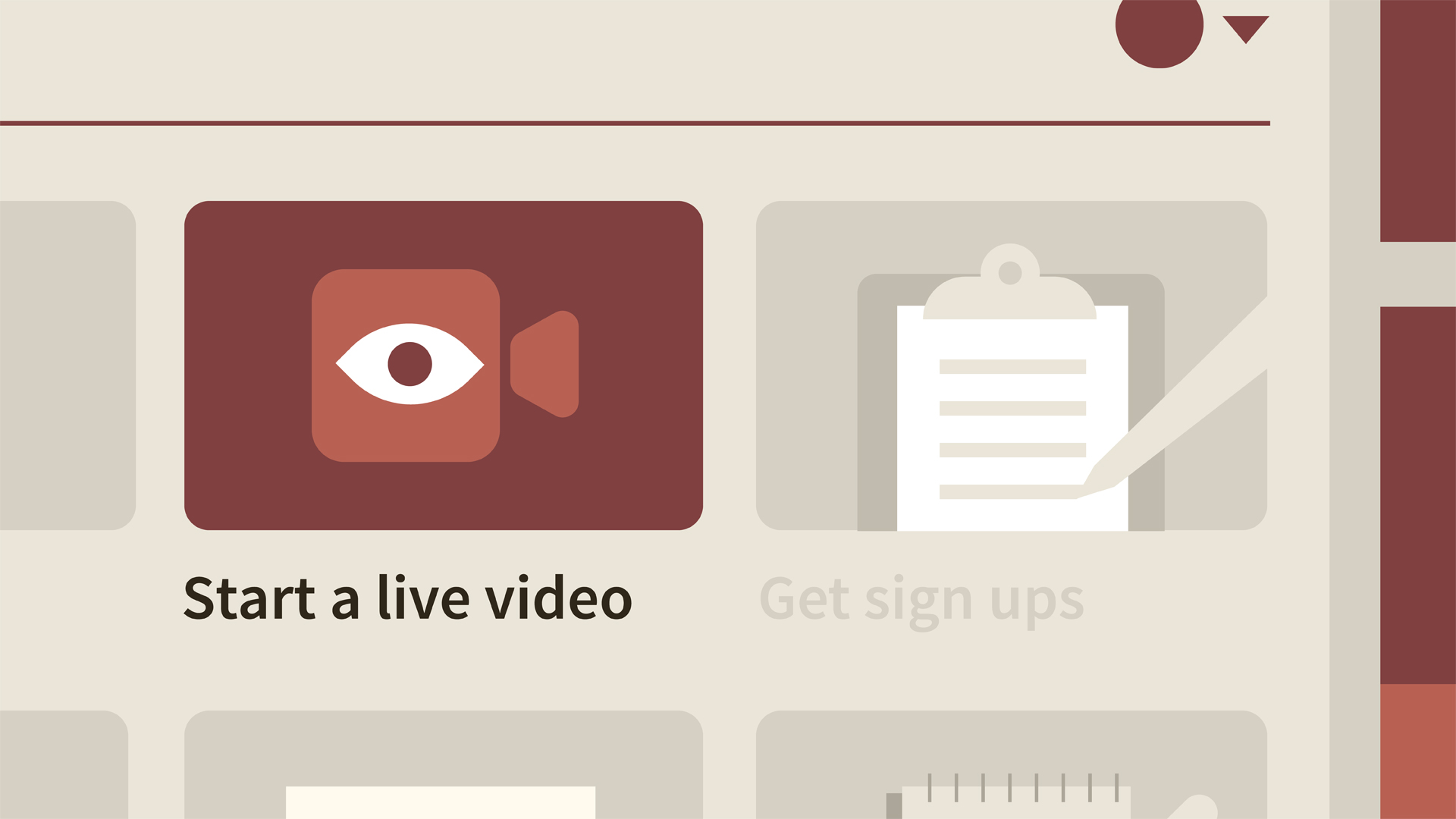 Join Richard Harrington for an in-depth discussion in this video Using multiple cameras with Facebook Live, part of Delivering Video to Facebook Live.

- One of my favorite functionalities is to actually have multiple angles with a live stream. This makes it so much better for the story telling. There are many different approaches to this, but I wanna start with the more traditional one, which is to actually have multiple cameras. This sounds more complex than it necessarily is. With a lot of live streaming software, you can in fact plug in multiple USB cameras into a hub and then have each camera show up as a separate device. This allows you to point cameras in different directions, maybe one to the stage, one to the audience, one outdoors to see the view.

There's many different ways to use multiple cameras. I come from a live television background and I actually have courses available in the learning library, all about higher end multi-camera productions. We're in a studio here with multiple video cameras, so when I need to, I could just simply turn and start talking to another camera and it's able to get a different angle. This is great for visual interest and helps people following along at home. If we needed to, we could actually then show something tight, we can cut to a tight shot so you can see what I'm talking about.

In this case, the audio mixing board. And then when I'm ready, I can go back to my central camera here and start to talk to you. Multiple cameras, as you can see, can be quite useful, but you have to have some way to deal with that. What most people end up doing is using hardware switchers. There's a wide range of these out there, from dedicated ones that are all about live streaming to simple ones that are just push button switchers that allow you to pick different angles from different HDMI or SDI sources. Black Magic is really the industry leader here in offering these at an affordable price point.

That multi camera switch can then be run into the device like you learned before, the Black Magic web presenter. You just run it right into the HDSDI port or the HDMI port and can send video and audio directly to the device. Don't confuse the fact that the multi camera production has to all be connected to the streaming computer. In fact, what often happens is people will take the multi camera feed from their television studios, their sporting events, their concerts, and simply stream that afterwards.

Multi camera productions have greatly grown in popularity and as long as you can get a feed, whether that's an HDMI feed or an HDSDI feed, you can run that in and then easily pull that into the computer for a long stream to Facebook. All right, if multi camera productions aren't quite within your reach and you don't have the option to have lots of physical cameras and hardware, let's look at a solution from Livestream called the Mevo, which used a single 4K camera to simulate multiple camera angles and allow you to do a more budget oriented production.

9/5/2018
Join Rich Harrington as he walks through the necessary steps to ensure that you run a successful Facebook Live event and avoid technical hiccups. Rich has appeared in front of the camera as a webinar host, as well as directed thousands of hours of live broadcast television. In this course, he offers practical advice for organizing, producing, and running an event that works for you. He goes over the benefits of Facebook Live, explains how to schedule and promote a Facebook Live event, and shares what you should do after your event wraps up. Throughout the course, Rich steps through both simple and advanced workflows, explaining how to go live from your smartphone, as well as how to tackle a professional multicamera production.
Topics include: