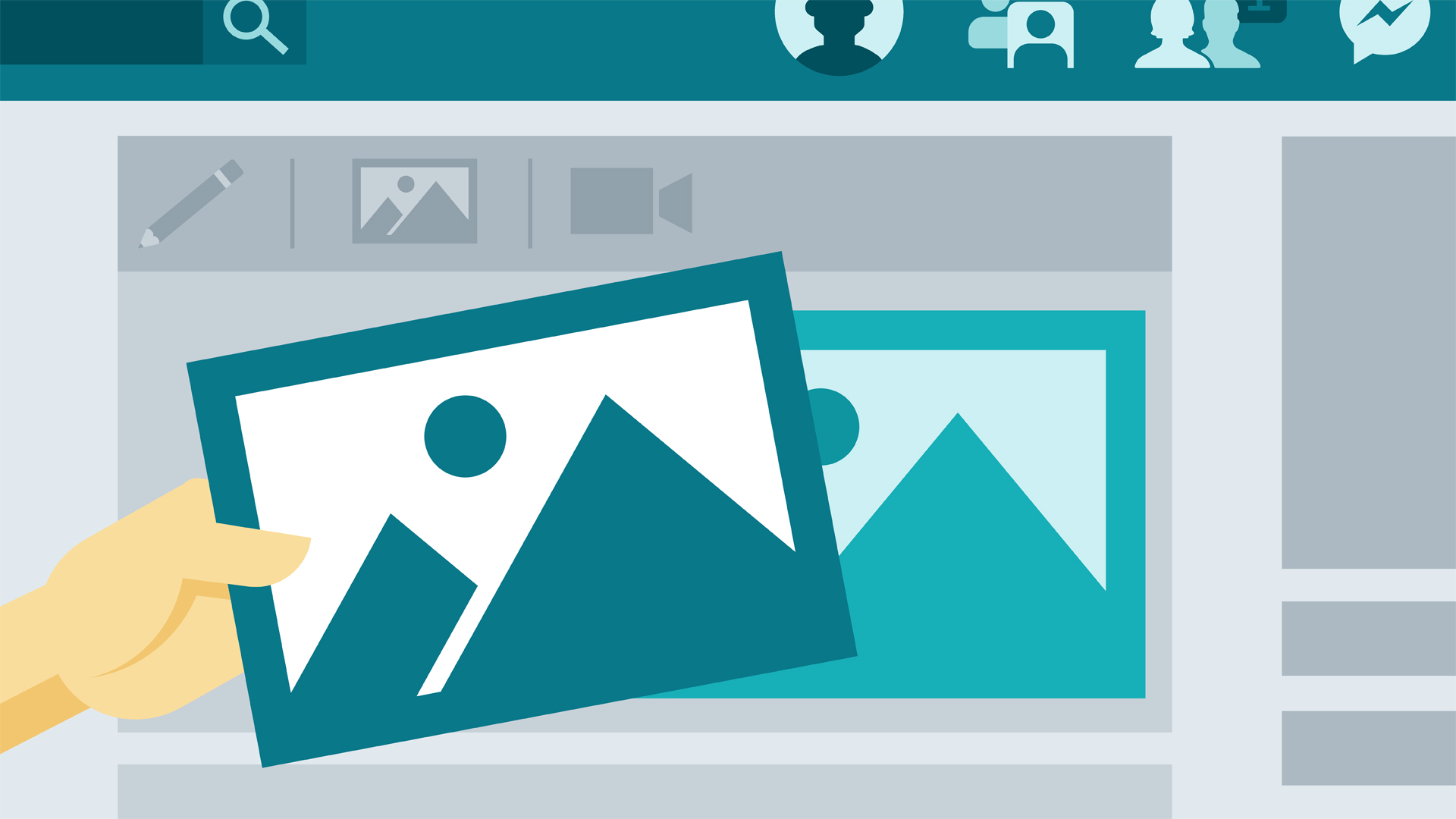 What do people do on Facebook? Well, chances are the same things you yourself already do, but in huge numbers. They follow their friends and connect with groups that they are interested in. How do you better engage with casual Facebook users? Author Richard Harrington discusses ides that can help with better user engagement on Facebook.

- Let's talk about engagement just a bit more, and this, again, is the strategy of how likely you are to reach people. With Facebook, remember there is easily more than two billion potential customers out there. That's a good audience to work with. Half of those folks, though, are likely to use the mobile device only. This means you need to think about, when posting content, how does it look on a phone? A lot of times, I'll upload videos, but I'm often uploading them still in high definition.

And if I'm designing graphics to share or images to share, it's very common that I'll test it right on the smartphone, wanting to see how it looks there. Remember, half of the folks that are gonna explore your content are gonna likely be looking at it on a very small screen. So, as you're designing content or picking it out to share, make sure you test it on the mobile device and evaluate how it looks there. Additionally, Facebook is taking up about 22% of all the time that people spend online in America.

So, this means that if someone is on a smartphone and they're looking at the screen, well, there's a one in four chance that they're looking at Facebook. This makes it the most popular activity, by far, for smartphones. In fact, compare this to 11% for Google. People are twice as likely to be on a Facebook property than they are to be on Google or YouTube, which includes Gmail, Google Search, and YouTube. Facebook is the clear leader here and you are much more likely to reach people.

That doesn't mean that considering things like Google keywords or ads on Google is a bad idea, it just means that people are spending twice as much time on Facebook. Another thing about user engagement is keep in mind that there's a lot of data on Facebook. So, you and everyone else is posting about four petabytes of data every day. A petabyte is a lot of data. Facebook now sees about 100,000,000 hours of video being consumed each day.

So, while, in the past, we would talk about YouTube and Vimeo, both still valid platforms and both platforms that work with Facebook, posting video natively to Facebook is important. Now, these days, posting video directly to Facebook is becoming increasingly popular, whether that be a live stream or prerecorded content. In fact, Facebook gives it favorable position and makes the user experience far better than if you just post a video from YouTube or Vimeo.

They treat it very differently in the viewer's timeline. Also, women post about twice as much as men. This means that if you want your content to be reshared, it's twice as likely to be reshared by a woman. Make sure you keep this in mind as you design content. I'll leave it to you to do your own testing of how your content resonates with others, but you're much more likely to see engagement from your female audience members. And your photographs are in good company. About 350,000,000 photos are uploaded every single day.

So, while Facebook is quite popular as both a video sharing and a photo sharing site, it is not the only player out there. One of the key things to realize is Instagram and I wanna show you next how those two services can work together.

6/25/2018
By utilizing social media platforms like Facebook, you can increase brand visibility and take advantage of key features to communicate and advertise your photography, design, or videos. This course shows how to succeed as a creative professional using the Facebook platform. Instructor Rich Harrington discusses the evolution of the platform and demonstrates how to find new connections, create events, and decide what and when to post. He also covers creating a company page distinct from your personal profile, using Facebook groups and messaging to manage client projects, and more.
Topics include: