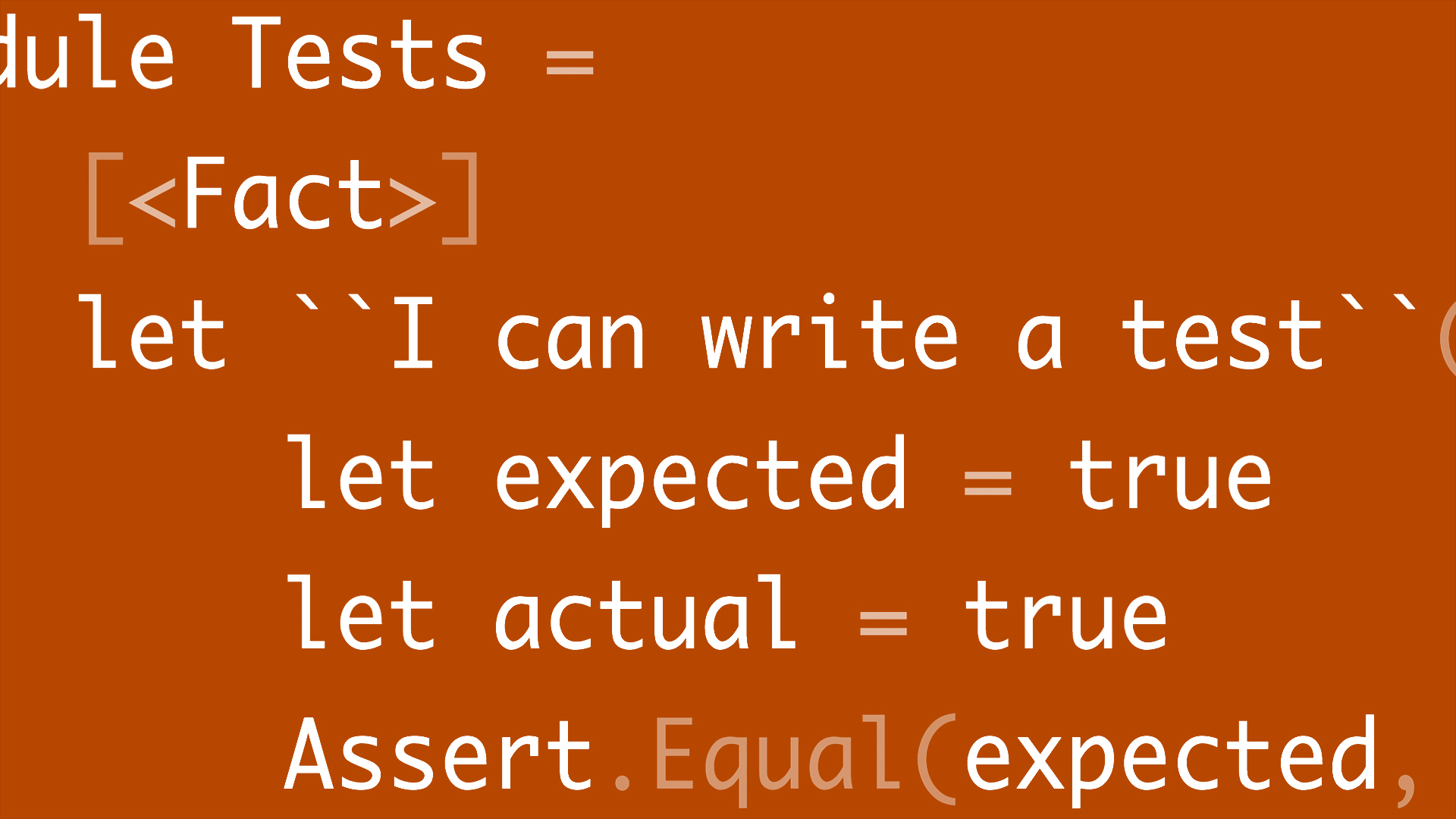 6/15/2017
Automated testing is a popular topic in software development, but it's still often seen by developers as overhead rather than as an opportunity. By leveraging F# and some external tools and libraries, you can make automated testing easy, enjoyable, and productive. In this course, learn about a variety of techniques for writing automated testing code in F#.

Kit Eason explains how to use xUnit—a .NET unit-testing package—to do some test-driven development, and demonstrates how to improve your test run experience using NCrunch, a test runner. He shows how to use FsCheck to generate test cases, and how to use Expecto to move into the world of tests as first-class values. He also covers the use of Canopy to automate the testing of web user interfaces, and of mocking to tame dependencies.
Topics include:

- [Kit] Hi, my name is Kit Eason. Welcome to F# Automated Testing for Developers. In this course, you'll learn a variety of techniques for writing automated testing code in F#. You'll start by using XUnit, a popular .NET unit testing package to do a little test-driven development. Then you'll see how the commercial package, NCrunch, can run your test as you type, as well as helping you to organize and prioritize your tests. Next, you'll look at FsCheck, which uses the power of F# and some very cunning design to free you from the burden of inventing unit test case data.

You'll also see how the Uncode Library can clarify your test failures. You'll see how to use Expecto to truly take control of your tests by moving from the world of .NET attributes and test runners into the world of tests as first class values. Moving back into a slightly more OO mindset, you'll see how to use Foq to create mocked-up versions of items your test subject depends on. Finally, you'll learn how to use the amazing canopy and Selenium packages to automate the test of your web user interfaces. Let's get to it.