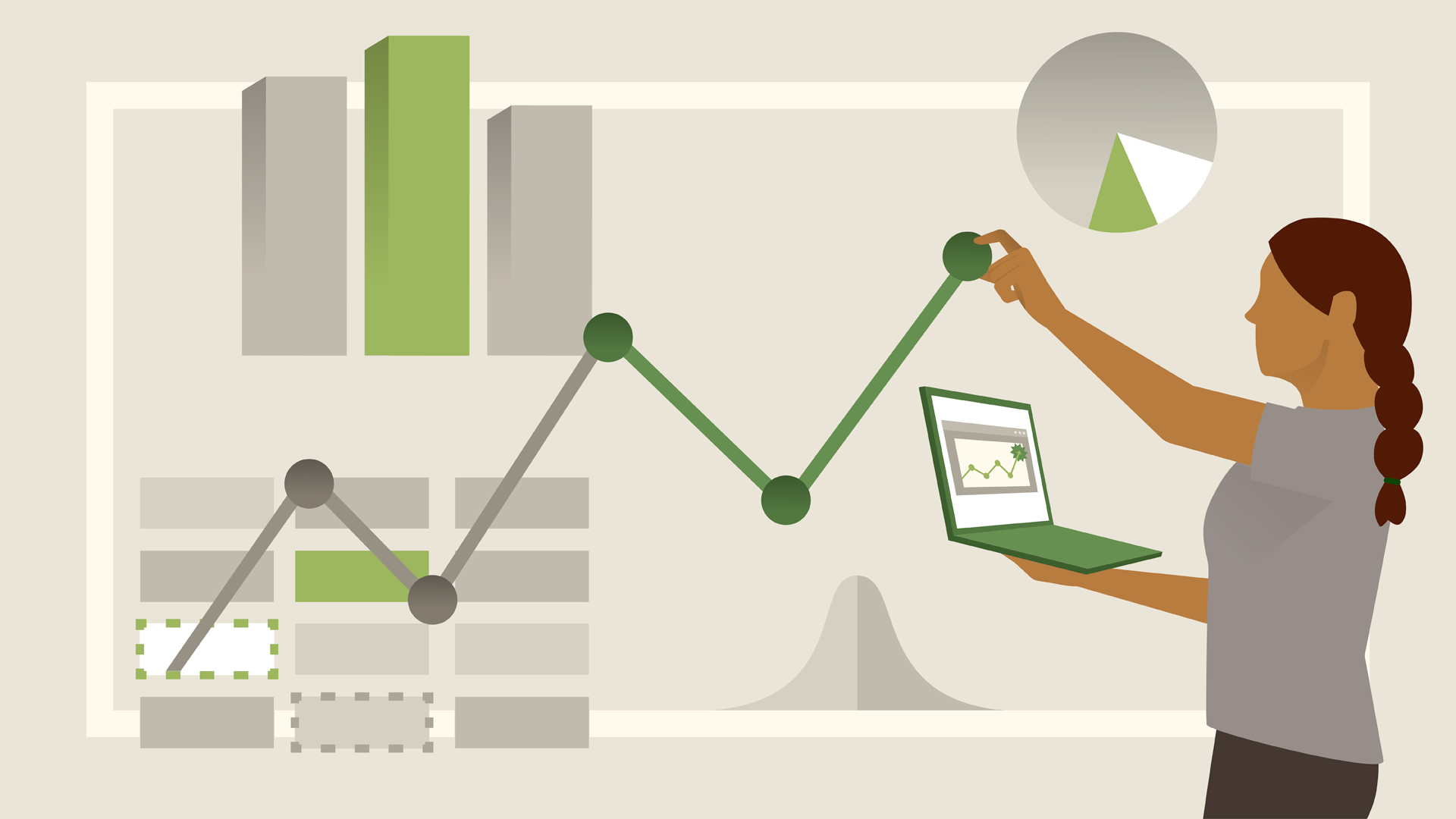 - Whether its for greater readability, increased emphasis, or simply a matter of personal taste, you might want to change the font, as we see it being used in Excel. The native font of Excel is called "Calibri", and on the home tab in the ribbon we've got a font group. Now, all but two of the buttons are related to what we call fonts. The standard font in Excel is 11, much of the time we keep it that way. But for titles and special emphasis sometimes we choose a different size. I'm gonna click on cell A1. Notice the font change in the ribbon, now says Candara, before it said Calibri, This is size 20.

Maybe I want that font to be larger or smaller. Click the drop arrow, and as we slide over the numbers, immediately you see what's happening. And at different times, you'll have different reasons for changing this. While we're here, just to the left, that Candara font may or not be to your liking, but as we click the drop arrow here, it opens the door to quite a few choices. Some of which, perhaps would be completely inappropriate in the business environment, but as you slide over these, you might get some ideas. And occasionally it might be fun to use these in certain environments. We can change these at any time.

In Microsoft Word the native font is, Times New Roman, and a lot of people use that for titles. There's Times New Roman. Currently its bold, that's certainly a feature, a lot times we want to apply to text to make it stand out. How does that look without bold? Well, maybe that's okay. How about italics? Sometimes, you want to offset data here, by using some of the font features. Maybe all these numbers, or just these here possibly, we'll make them bold. Make them Italic, nah, maybe not, but we can do that too. And we can underline as well too, I don't think we need that here really, but, again. You, experiment from time to time, here's underlining. And these three buttons are what we call "Toggle Buttons", they're all on off, so, at different times you come back and remove the feature.

Same thing with italics, same thing with bold. There's a little drop arrow to the right of underline, we can use double underline. And back later, underline, and maybe back later, we don't want to use it at all, so, you can quickly get the feel for those two, so we offset our data sometimes. Now there are other capabilities as well, and we don't see them necessarily on the home tab. Lots of formatting choices, quite a few font choices, but, there's a little arrow in the lower right-hand corner here. Slide over that, you get some ideas, but when you click that button, and by the way it's referred to as a "Dialogue Box" launcher, it brings up the "Format Cells" dialogue box.

And there are lot's of choices here, you can even switch into other tabs if you wanted to, but not only are we seeing the choices that already appear in the ribbon menu, we some additional ones for example, here's kind of underlining "Single Accounting", "Double Accounting". If you click that and watch the preview to the right, you'll see the difference there. That may or not be important to you, but it's another aspect of it. We've got "Superscript" and "Subscript". As I cancel here for the moment and scroll down a bit on the left hand side of the screen, if you were to make either of these entries, you couldn't quite get them this way, unless you were to edit, the number 2 in each case, and put in either superscript or subscript.

And looking down column A, there's Strikethrough. That's also available in that same location. And you can also get into that same dialogue box at any time by pressing "Control + 1". It won't always, necessarily take you to the font tab, but here we can get to some of these other features that we mentioned. Superscript, subscript. And, sometimes you'll come here and apply a bunch of features at the same time, in other words, change the font, change the font style, and the size, and maybe even the color.

When you change the color of font, be careful. If you're using numbers, making them red, sometimes, denotes negatives, so you want to be careful with that. If I use it here, on cell A26 that's probably not gonna be too significant, I'll make it purple maybe, or blue, and of course a lot of these colors don't work so well on a white background. We see that effect too. So we've got different reasons and different times for changing either the font, or the font size, or the font color, and some of the other related features related to fonts, by way of this button, the dialogue box launcher, which brings us in to the format cells dialogue box, on the font tab.

9/24/2018
Get up to speed with Microsoft Excel, the world's most popular spreadsheet program. Follow along with Excel expert Dennis Taylor as he demonstrates how to efficiently manage and analyze data with this powerful program. Learn how to enter and organize data, perform calculations with simple functions, and format the appearance of rows, columns, cells, and data. Other lessons cover how to work with multiple worksheets, build charts and PivotTables, sort and filter data, use the printing capabilities of Excel, and more.
Topics include:

A: A new video was added that covers working with Excel Ideas.