Explore changes to the UI 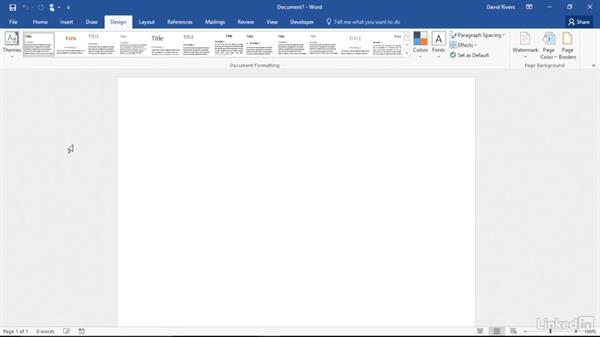 - [Voiceover] Well it's now time to take a quick tour…of the various user interfaces we find…in the Office 2016 suite of applications…and do a little comparison with Office 2010.…You won't find major differences,…but there are some subtle ones you should be aware of.…So we're gonna start by launching one of the apps.…Let's go with Microsoft Word.…I have it down here on the task bar.…You could also use the search window.…Give it a click to launch it…and the first thing you'll see is the start screen.…You'll notice the start screen is color coded.…

Down the left-hand side, we see blue.…We also see access to files we worked on recently…directly from here…and you can see that they're grouped…or categorized by dates.…You can see mine from today, last week, and other.…You may see a different list obviously…and if you've never used it before, you won't see anything…here until you start working with files.…You also have a link at the bottom to open documents…that may not appear on this list.…So you can go browsing to various locations…

Video: Explore changes to the UI