Determine the value of a perpetuity 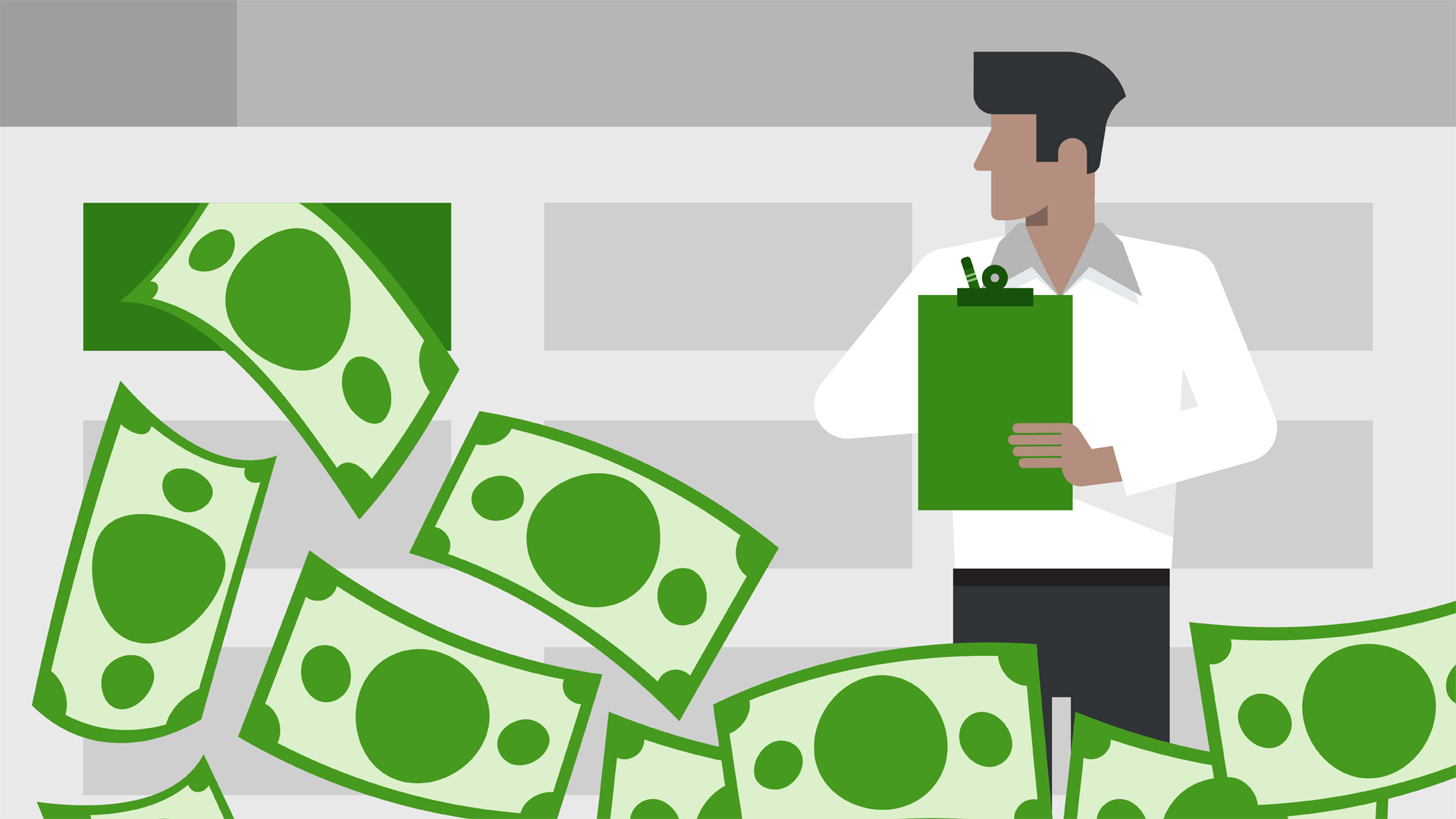 - [Instructor] Some investments, called perpetuities, pay a set amount of money per year forever. That's why they're called perpetuities, the payments are perpetual. Of course, inflation eats away at the value of the payments you receive until it's practically zero. If the payment increases to offset inflation, that's called a growing perpetuity. In this movie, I will show you how to evaluate both types of investments. As my sample file, I will use the perpetuity Excel workbook, and you can find it in the chapter one folder of the exercise files collection.

On the recurring payments worksheet of the workbook, I have a set of payments with an assumed discount rate of 6% per year. So the first payment, which we assume happens today, has a nominal value, or payment value, of 10,000, and because there's no discounting, a present value of $10,000. The payment I receive one year from now will be discounted by 6%, and you can see in cell D3 that I have the formula to calculate the amount of the discount.

So that is the amount of the payment, divided by one plus 6% raised to the number of the period, which is the number one. So that gives me the value of $9,433.96. And you can see how over time, the present value of the payment goes down due to inflation. If I were to sum up the present value of all these payments, I would see, here in cell D13, that the value is $83,600.87. So let's assume that this $10,000 payment doesn't stop, in other words it goes on forever.

To evaluate that investment, I would need to calculate the perpetuity value formula. I have that information on the perpetuity worksheet. The formula for calculating the value of a perpetuity is here on the left side of the worksheet. You can see that it is Ct divided by R minus G. Where Ct is the payment, R is the assumed discount rate, and G is the growth rate. The values that I have in right now say that I get a $10,000 payment per year, the discount rate is 6% annually, and I'm assuming for the moment that it's not growing.

To calculate the total value of the payments, I would divide the payment by discount minus growth. So I'll click in cell F6. Then type an equals sign to start my formula. And I'm dividing the value in F2, which is my payment, by the discount rate, which is in F3, minus the growth rate, which is in F4. So I'll click F4, write parentheses, enter, and I see that the total value is $166,666.67.

And you can see how increasing or decreasing inflation would increase or decrease the value of the perpetuity. For example, if I were to increase the discount rate to 8%, say by clicking in cell F3, typing in 8, and pressing enter, then I get a lower value. And the reason the value is lower is because inflation is eating away at it more quickly every year. But now let's assume that I get growth, in other words increased payments, to offset the effects of the discount.

So let's say that I have a growth rate of 4%. So in cell F4, I'll type the number four, for 4%, and enter. And you see that the value doubles. It goes up to $250,000. And again, the reason that the value went up is because the payments are growing to offset the discount. It is possible to get some absurd results with this formula though. For example, let's assume that this investment is going to grow at above the rate of inflation forever.

Now of course that's absurd, but let's see what happens when it does. So if I click the cell F4, which contains my growth rate, and make it 9%, and press enter, then I get a value that exceeds the limits of of the cell, so let me drag that over to the side. And I get a value of minus one million dollars. And the reason that I get a minus value is because the payment of 10,000 is being divided by minus 1%. So that's why I get the value that I did.

Of course, I'm getting payments that grow infinitely large over time, so what this negative value actually means that the value of the perpetuity is infinite. It's a quirk of the calculation, but if anybody every shows you an investment where the growth rate is larger than the discount rate, run. Because it's not real. They are trying to get your money and give you nothing in return. So, let's return to cell F4, and make it 4% again. So there we have the value of $250,000 again.

I can make the growth rate negative, in other words, say the payment would go down every year from 10,000. So if I click in cell F4 and say the decrease is minus 1%, and enter, then I get the value you see in F6. So I've subtracted minus one from eight, which means that I'm dividing my payment by nine, which gives me the reduced value that we see in F6. There are not a lot of investments where you get paid a certain amount of money forever, and can allow your children to inherit it.

However, we can use perpetuities in firm valuation. To take a look at that, I'll switch to the firm valuation worksheet. Here I see a list of projections of cash flow for a particular company. In year one I assume it's going to bring in 100 million dollars and grow at the rates we see here, in the column C. At the bottom of the list, you'll see that there is the life of the firm. What I've done in this list is to break down the cash flow projections for a company into segments.

And I get my value for the life of the firm of 5.9 million dollars. Now I can add up all of those future cash flows and get the total value, which is the projected value, or estimated value of the firm. To create an auto-sum formula, I'll make sure I'm in cell B15, press alt-enter, get the sum, press enter, and there is the total. So I have an ongoing value of the firm of seven billion and 642 million and so on.

If you're offered an investment that is described as a perpetuity, you can use this formula to evaluate it. However, you are much more likely to use the perpetuity formula in the context of a firm valuation.

Video: Determine the value of a perpetuity