Analysis of variance for regression

Joe Schmuller applies the analysis of varience on to test hypothesis on regression. Joe helps you to answer if the regression line is a significant upgrade over the mean as a prediction tool. You will examine three kinds of varience that reside in a scatterplot: Residual variance, regression variance, and total variance.

It's equal to the sum of squared deviations of data points around predicted points, divided by N minus two. N is the number of data points in the scatterplot. Regression variance is based on differences between predicted data points and the mean of Y. The mean square for regression is equal to the sum of squared deviations of predicted points around the mean, divided by one. This variance reflects the gain in predictability by using the regression line rather than the mean to make predictions about Y.

Total variance is based on deviations of data points from the mean of Y. It's equal to the sum of squared deviations of data points from the mean of Y, divided by N minus one. This is just the variance of the Y-scores. So if the regression line adds no predictability, then the mean square for regression is equal to the mean square residual. So we can test whether or not using the regression line to make predictions is a significant upgrade over using the mean. The null hypothesis is that sigma-square regression divided by sigma-square residual is less than or equal to one.

With alpha equals 0.05, the critical value is 4.41. So we'd reject the null hypothesis and conclude that the regression line adds to the ability to predict over and above using the mean. Excel has a data analysis tool that does the ANOVA. This spreadsheet holds the data in the example you just saw. The employee names are in column D, aptitude scores in column E, and performance scores in column F. On the data tab in the analysis area, click the Data Analysis button.

In a dialog box, select Regression and click OK to open up this tools dialog box. With the input Y range active, select the data in column F, starting with the Performance label in cell F1. And with the input X range box active, select the aptitude score data in column E, starting with the Aptitude Score header in cell E1. Check the box next to labels and click OK.

On the new page, let's widen the columns, Home tab. And in the cells area, click Format and select Autofit Column Width. Excel provides a lot of information, but we'll just focus on the ANOVA table. Column A presents the source of variation, regression, residual, and total. The degrees of freedom, sums of squares, mean square, and F are in columns B through E. As you can see, the F-ratio is very high and the significance F in cell F12 shows a very small probability of an F this extreme or more if the null hypothesis is true.

So we can reject the null hypothesis and conclude that the regression line significantly adds to our ability to predict over and above the mean. 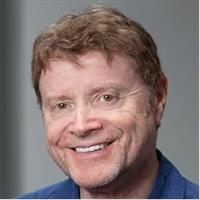 Video: Analysis of variance for regression