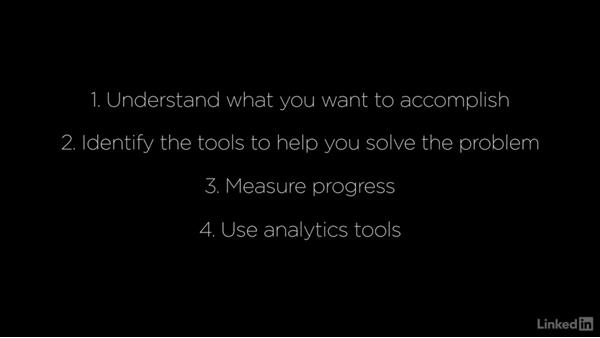 In this video, learn what types of technology produce desired results. Betsy shares: what do we really know about which tech tools "work" in learning; the state of efficacy research; how schools have to have the right tools; how teachers need support to learn and maintain those tools, and how we have to be ready and willing to switch when a tool doesn't "work" in a specific environment.

- So we talk a lot about what makes people change their minds? What makes someone try something? Why should a teacher even try to use a piece of technology? Cause it takes work, right? You're gonna have to spend some time learning to use that thing. I have a friend named Tracy who teaches math at a high school, a public high school. And she's a great math teacher, and for many years Tracy said to me, "hey, just give me the white board, "give me my marker, I'm good to go, "I don't need no tech stuff." And then one day, I ran into Tracy and she said, "Hmm, so this girlfriend of mine who teaches math "a couple of high schools away, she's talking about "flipping her classroom, what's that all about? "What would that do for me, and how hard would that be "anyways, because I still have a lot of stuff to do." And so I said it's not that hard, let's try it out.

And so we tried flipping her classroom. I went to her classroom, used an iPhone, filmed her just doing a review class for one of the math tests that she had coming up. We put it up on YouTube, and a couple weeks later, she said to me, "you know, a lot of my kids "watched that video." And what she found was that the kids who got it, maybe they watched it once for review, maybe they didn't. The kids who were struggling a little bit, some of them watched it three times, four times.

They needed it at a different pace. They needed it to be slowed down a little bit to make sure they got those concepts, and it made a difference for her kids and her class. I know I sound like a broken record, but it all starts with what are you trying to accomplish, and what's the right tool to help you get there. So how do I make sure I, number one, understand what I'm trying to accomplish, and then figure out what the tools are that will address that problem? So what are you trying to solve? Are you trying to promote project-based learning? If so, then you start to think about, okay, what do my students need to really support project-based learning? They need tools that will give them access to the rest of the world.

Maybe I need a tool that will help me manage their projects or keep an eye on where they're going. Maybe I need a time management tool that will help them figure out how much time should I be spending on research, how much time should I be spending on collaboration. Do I need a tool to keep in touch with them, because maybe they're working on projects that physically take them out of the classroom sometimes. Do I need tools that help connect them with their parents or help them connect with experts in the community? Or maybe I have kids who really need help with reading.

Then what are the strategies that I'm gonna use to really bring my struggling readers up to par? So once again, in order to figure out whether a tool works, you first gotta figure out what are you trying to accomplish, and then you can really start to measure, great, how close am I getting to that goal. All of these tools do have analytics involved with them. A lot of that data can be incredibly helpful.

For instance, we've seen exit tickets as a very interesting way for teachers to get a sense of were the kids paying attention in the course of the class. If I do a quick pulse check, maybe just put up a quick poll, the kids can use their cellphones to sort of answer those questions, I might discover that they got points one, two, and three, but they totally missed point four. That means the next class, I probably wanna come back and start with point four instead of moving on to point five.

So how will we know if a tool is working? Tools will have data, so if you're looking at the right analytics, you'll have a sense of are you getting closer to your goal. At the end of the day, you'll also know whether your kids are engaged. Are they excited about coming to class? Are they starting to ask genuine questions about what you're learning? Are they coming back and sort of pushing you a little bit more, too? Those are the ways we've always figured out whether a teacher, a classroom is successful in learning, and those ways still count.

So the data will help you know whether you're coming closer to the goals that you've set for your students. But you'll know when the students are engaged by the questions they ask, and by what they do. There's a story that was shared with me by a teacher in San Francisco Unified, who teaches English language learners in high school. But what he actually teaches is a film class, and what he discovered was his English language learners sometimes knew a lot of the language, but they were very hesitant to really start sharing that language.

And so in his film class, he discovered that by having them go and do movies about their world, start to do a movie about their parent, about the person they admired, about their life, they suddenly started to use the language more fluently. They started to use language in really natural ways. They started to become less self-aware and more comfortable. And what he discovered was that the technology tool of here's a piece of technology for doing something that is real, that is genuine for them, making a movie about their life, making a movie about someone they admired, became the most powerful way to teach the English language to a group of students who otherwise might have been disengaged.

Because it met them where they needed to be. Because it gave them a chance to express who they were, and it took away all of those hesitations around well, am I scoring well on this test? No, they were making a movie about things they cared about. And in the process, suddenly discovered that their fluency with English was much greater than they had ever expected. 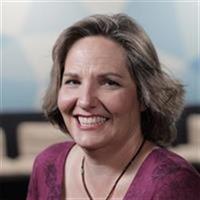 10/6/2016
The right tools give kids the opportunities to succeed. But in the face of tremendous choice and and fast-paced change, it is hard to judge the right technology for your students. LinkedIn Influencer Betsy Corcoran, cofounder and chief executive of EdSurge, is a former journalist turned expert on education and tech. With EdSurge, she helps teachers, administrators, and parents ask questions that will reveal the ways students are learning and which technology will support their learning goals. Find out where to start, what solutions have worked in other schools, and how to determine costs, get buy-in, and increase utilization. With the right choices, you can build the scaffolding students need to create strong and curious futures for themselves.