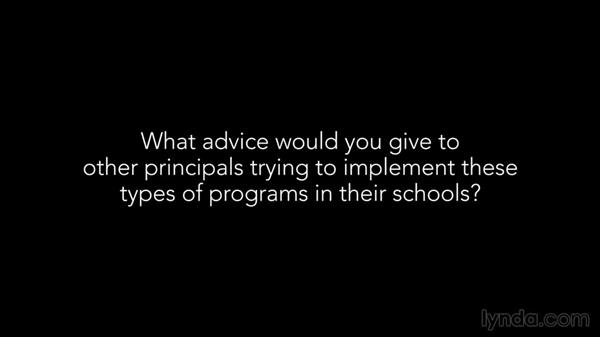 Shawn Carey: Sure I'm Shawn Carey, I'm the principle at Dos Pueblos High School. Shawn Carey: Well I feel privileged to be uniquely positioned to appreciate that Mr. Shaeer and I began as teaching colleagues here over a decade ago so I have watched this program go from a very humble genesis to this very impressive facility that you see, or facility that we have now and a program that serves over, and will serve next year over 400 students. So it's been really exciting at times it seemed, very daunting but there's so much amazing community support, and the program survives and perpetuates itself, on its own merits.

So it's like watching something hurtling through space and avalanching and growing and getting better and bigger over time, really, through it's own merit. Shawn Carey: Well, there's no doubt that project-based learning is most relevant to the world of work, Each, each day, and my own role as principal, I solve problems. I see things through from an idea to a reality, to a functional reality of how we do business, and how we operate so the more we can replicate that kind of learning in our classrooms with our young people, the better we will be preparing them for success and the better we will be serving our, our broader community.

Shawn Carey: Not at present, I mean really the most, one of the most significant things about where we are right now and at the start of 2014 is the shift to Common Core. So I don't know how much others have talked about this yet but a real obstacle to seeing project based learning proliferate. Pre 2014 has been the a standards movement in education which encouraged and really even kind of mandated, educators to think about things in a compartmentalized and confined kind of a way.

The shift to Common Core, and the liberation's so to speak from the kinds of constraints that were attended to the standards movement have really been sort of an acknowledgement of models as successful as, as the engineering's academy and really it, it, also an encouragement. To others to replicate the kind of, the learning that takes here, the kind of project based learning whether on a small scale across you know in one classroom in a weekly unit or on a large scale like we see happen in the engineering academy with the culminating CapStone courses.

Shawn Carey: I think the most important thing about me or at least in my experience with the engineering academy, is to be the best facilitator I can be and sometimes that, is more about, staying out of the way and or working to remove constraints then it is actively doing things. Really if you have the right agents you have the right person of passion. The wherewithal will come through their passion, and your role as a school leader, or as an organizational leader, is, is to be an effective partner with them to help them realize that vision.

And sometimes that means doing things, but sometimes it means dismantling things that are standing in the way from allowing them to do what they need to do. Shawn Carey: I think one of the most challenging things, about, about this, and, and the reason why it's surprising to me. What's surprising to me is that it even is a challenge that getting people even in our own local context here at DP. To fully appreciate and grasp just how transformative an educational experience students in the engineering academy are having.

And in some ways it's easier for people from outside a little context to come in, and with their stepped back perspective, really appreciate how revolutionary and impactful was is, what's happening here is, than it is for people who have either known Amir for 20 to 15 years, and the other teachers in the academy. Or it, i, it's, it's almost those things where, where recency and proximity make it hardest to appreciate. So that's, that's been kind of a surprising thing that I wouldn't have thought is that it's almost there are almost fewer th th, it's almost a more accessible message to outsiders than to people who are here in our own local context.

Shawn Carey: It is such a source of pride for me to speak out, to refer back our, my earlier comment. I feel very privilege to serve of a, as a principal of a school that has a program like this. I feel very privileged to serve as a colleague. I'm not just a of, of, Amir Shaeer, but of all the teachers in the Academy. I, I love the hard work that they do, because I think that a lot of folks would see what happens here, and sort of naturally, because of their tendency as humans go. Well, that's because you have, you know, an upper-middle class community, or that's because you got this windfall of money, or that's because you have this, you know, unique circumstance and really that isn't the story of the academy.

The story of the academy is yes, there are some amazing strengths that you don't always find everywhere but the reason the academy has gone from where it started to where it is now, and I know Amir would attest to this too, is because of just the hard work of very regular people who have passion. And who do have talents, but who have also developed their talents along the course of the journey, and who just believe in making the, the experience of education for our students more relevant and that's more engaging and meaningful to them.

So it's just been a pleasure to be a part of in the way that I am and I'm, I'm very, very proud of it. 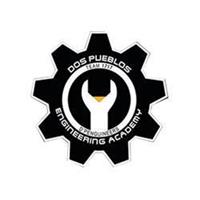