Goal of this chapter 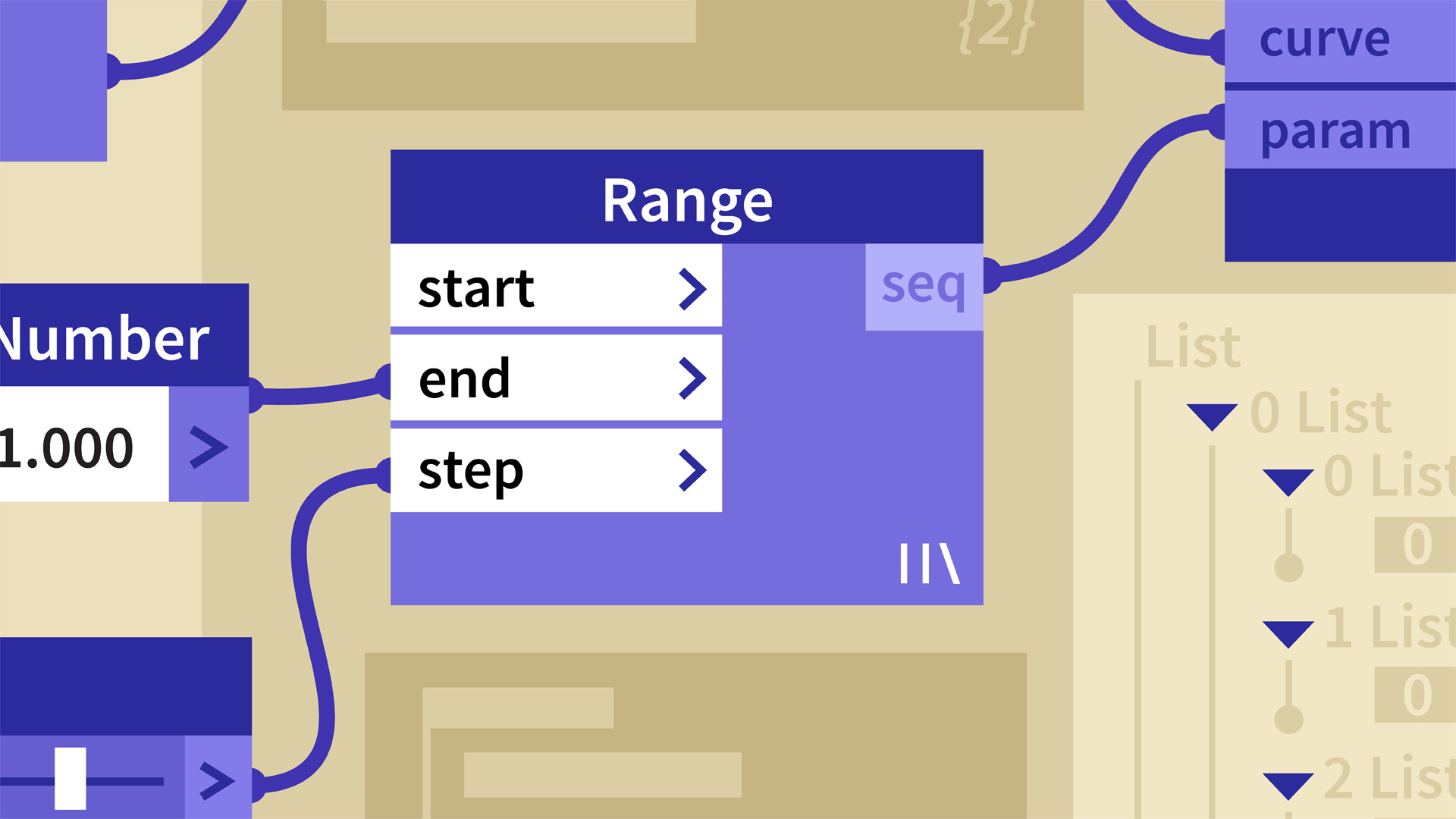 This video shows the end result expected from the completion of this chapter.

- [Instructor] Like the previous two chapters, no need to follow along in this video. This video is simply going to show you what the final result of the graph is going to look like, and then we're going to build the graph together from scratch. So I'm in a starter file here, and I've got Dynamo Player running, and I'm going to run the graph in just a moment, but I want to briefly tell you about what's in this file, and what the problem is that we're trying to solve. So, this is a curtain wall, and this problem was presented to me by one of my clients, a company by the name of Solomon Cordwell Buenz in Chicago.

and they had created some panels, some curtain panels that were custom panels, that have these spandrel areas and these slab cover areas, and then of course the glazing area. And the mullions is integral to the panel, and these were great. These curtain panels were great as long as the bays of the curtain wall remain rectangular, but the facade of the building sometimes changes and has angled edges, and I just sort of worked up an example version of it here. Now, if we select this curtain wall, and we do edit profile, you can see that it's just a matter of changing the sketch.

So I could do one, two, three, and four, and I'm going to exaggerate just to show you the way that that panel flexes. So I had to build that curtain panel to behave that way, and sadly, the details of how I built the curtain panel are a little out of the scope of this course, but we do have other courses here in the library that cover adaptive components that I encourage you to look into if you want to learn more about that. So what this graph is going to do is it's going to find all of the red panels, and locate the four corners of those red panels, and then place one of these adaptive components in each of those locations.

So that's the goal. That's what we're after, and if you had to do that task manually, it would take quite a bit of time. Now this sample file that I have only has 11 of these panels, but you could imagine on a large building there might be quite a few more of those. So this graph hopefully would have some value to you if this is the sort of thing that you'd need to do, and even if you don't do curtain walls this way, anytime you want to place a series of adaptive components, you could use a similar graph.

So there definitely is pieces of this graph that you'll be able to reuse in other scenarios. Let me go ahead and run it; show you what it looks like. So like many of the other graphs that we've created, there's an edit inputs here, and if I click that this once actually has a few different inputs. So which adaptive component do you want to use? So I've got one here called Nested SSG. That's what's going to be used here, but if you had other choices like these couple right here were experimental ones that I was using in the beginning, and I just left them in the file. So if you want to try changing it to one of those you could.

This base point X and Y we'll talk about when we build the graph, but you can change the coordinates of that. What it's doing here is it's selecting the solid red panels, it's replacing those with something called an empty system panel so that the red panels won't be there anymore, and then the SSG adaptive component panel will be placed on top of that location. So let me go back here and click run, and we'll see this thing apply those adaptive components at all those edge conditions.

Pretty nice right? So that's our goal; that's what we have in store for us for the remainder of this chapter.

2/1/2018
Autodesk Dynamo allows you to build custom tools that can help you solve modeling challenges with greater efficiency—and it's already included in your Revit software. If you've been meaning to learn how to leverage Dynamo in your workflow, this course can help you get started by exploring practical applications of this powerful tool. Paul F. Aubin provides several examples of how to use Dynamo to speed up common procedures, including how to rename multiple project views and place component families along a path. Plus, he demonstrates how to use Dynamo to place adaptive component families.
Topics include:

Video: Goal of this chapter