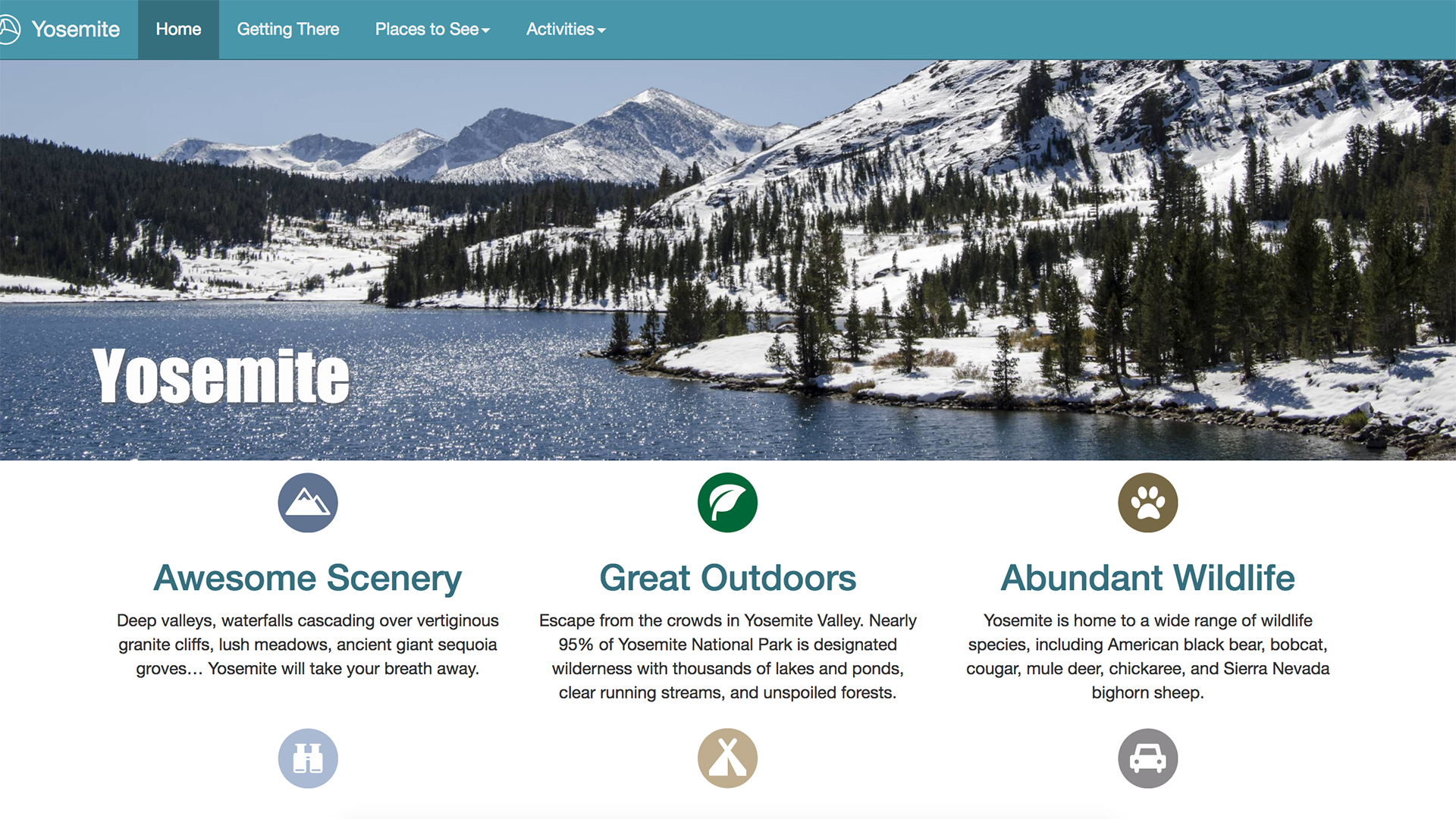 - Let's start with a quick overview of how Bootstrap works. Dreamweaver has adopted Bootstrap as its primary solution for responsive web design replacing fluid grid layouts, which to be frank, were difficult to work with and not very flexible. Bootstrap is the most popular HTML, CSS, and JavaScript framework for creating responsive web pages. It's become something of an industry standard. At the time of this recording, the current version is Bootstrap 3, and that's the version integrated into Dreamweaver CC 2015.

All the code generated by Dreamweaver is standard. There's nothing proprietary. Bootstrap is a grid system for page layouts. The default layout grid consists of 12 columns, but you can change this to any number you'd like in Dreamweaver. The default gutter, in other words, the space between the columns of the layout grid, is 30 pixels. Again, this is customizable. The width of the layout grid columns expands and contracts depending on the width of the browser or device viewport.

The grid container can be either fluid or fixed-width. A fluid container fills the available viewport, whereas a fixed-width container fills the entire width only on extra small devices. Otherwise, it uses the Media Query breakpoints to determine the page width and centers it. Page content is laid out in rows and columns using the layout grid as a guide. Rows generate the grid layout. You can't resize a row.

It always fills the entire width of its parent element which is normally the outer container for the whole page. Columns are resizable containers nested inside a row. Grid classes lie at the heart of Bootstrap design. They control the width of the resizable columns inside a row. The class names are based on the Media Query breakpoints defined in the Bootstrap style sheet.

Although the default layout grid has only 12 columns, you're not limited to 12. In this example, the row contains six columns that each span six layout grid columns on small devices. Because columns are floated inside a row, the xs columns wrap within the row which expands vertically. col-md-* applies to medium size devices. Here, the six columns have been resized to span just four layout grid columns, so they sit three abreast in the row.

.col-lg-* applies to viewports wider than the last Media Query breakpoint. The grid class applies to higher levels unless overridden. So .col-md-four also applies to large devices. Because CSS allows you to apply multiple classes to an element, these grid classes can be used to change the layout at different screen resolutions. Although rows can't be resized, they can be nested inside other elements.

12/1/2015
Bootstrap—the popular HTML, CSS, and JavaScript framework for building responsive mobile-first websites—has been fully integrated into Dreamweaver CC 2015. The combo puts responsive web design within reach of all Creative Cloud members. This project-based course will show you how to define a Bootstrap layout grid in Dreamweaver, and build a responsive webpage using Bootstrap components and Dreamweaver's column tools. Author David Powers also shows how to add a hero image to your front page, create placeholder content with the text editor Emmet, and go straight to the DOM to move page elements around, avoiding the need to restructure the HTML.
Topics include: