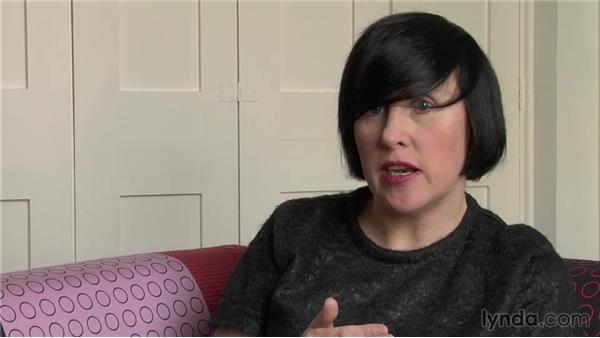 - If you look at the sort of early years of modernist design in the 1920s, you had a transition from what had been the very organic style of handcraftsmanship to the straight line. I mean this seemed incredibly sexy to those pioneering modernist designers in the Bauhaus and Le Corbusier studio in Paris and in the De Stijl group in the Netherlands. You actually needed industrial production processes to produce a straight line because it was very, vary hard for individual craftsmen to do it, certainly not at any speed and at any volume.

I mean, then you go into the 1930s when things are sort of darker and more neurotic. You have a horrible economic depression at the beginning of the decade, the threat of war with the rise of Nazism throughout the decade, so unsurprisingly design becomes more neurotic, more nervous too. So it goes to sort of calmer, reassuring, gentler, natural, curvy shapes, and so on and so forth throughout the decades. If you look at what has happened to design recently as a wild generalization in the eighties, this very optimistic, bullish decade, design was full of straight lines and sort of dark, very extreme colors.

Lots of matte black, very boxy, lots of industrial piping and tubing in the High-Tech look. Then in the 1990s, not only was it a much more nervous decade, economic recession at the beginning of the decade, environmental crisis mounting throughout it, so people needed something softer, more organic, more gentle, more reassuring. But you also have the advent of design software, which has a dramatic impact on what designers can do. So suddenly they can create these very fluid, gloopy, curvaceous shapes that were absolutely impossible before.

So it's like kids with a new toy. I mean, this is the era of The Blob. Designers couldn't make things in the shape of blobs before. Suddenly they could. So of course they wanted to experiment with it. Then you have the sort of post-Blob genre of this sort of gloopy spiral. Design software became really very, very sophisticated. And designers had mastered it to a far greater degree than they had in the nineties. And so they started making things in really extreme shapes, almost replicating those sort of fractured digital forms that you see on the computer screen.

Inevitably they're now bored by that. So if you look at the sort of dominant design aesthetic of the moment, particularly in industrial design, it's jagged, it's angular, it's much starker. You're almost going back to those geometric forms of early modernism in the 1920s. One of the most interesting aspects of sustainability is that it's been driven by consumers rather than designers and manufacturers. There've always been mavericks in the design world who've embraced sustainability going all the way back to Buckminster Fuller in the mid-20th century.

But it has tended to be a maverick minority. But in recent years, the awareness of sustainable issues among consumers, particularly in Europe, has grown and grown. So take the plastic bag as an example. You know, once it was a ubiquitous part of daily life. No one thought anything about stuffing as many plastic bags as they possibly could at a supermarket checkout. Now they're absolutely taboo. In many countries, people feel completely comfortable telling you off for even asking for one. That shows how quickly consumer attitudes have changed.

That's been followed by big retailers like Marks and Spencer in the UK and Walmart in the United States who, again, have embraced sustainable issues long before designers and manufacturers. And so they're now forcing designers and manufacturers to follow their lead. Well, the emergence of China as the workshop of the world has been the phenomenon of industry in recent years. The critical question for design is when China will stop simply manufacturing but will start designing too.

And that moment can't be far off because the Chinese government has poured millions and millions of dollars into building new art and design schools in China. I think there were 200 currently under construction at the latest count. So all those design graduates will eventually start designing in China as well as manufacturing there. Design tends to be the sort of indulgent medium of a developed economy and a mature culture. And so if you look at the sort of pattern of development for emerging economies, they begin by being manufacturers and actually adding value by designing comes a little later.

But China has the financial clout to invest in the design education system it needs to train a new generation of designers. And what's going to be absolutely fascinating over the next couple of decades is to see the degree to which they incorporate a Chinese visual sensibility, a Chinese expectation of how objects work, the Chinese view of the world that will be a rather urban Chinese view of the world rather than a rural one, into the products that are produced in Chinese factories.

7/18/2014
On an average day, each of us uses hundreds of objects. (Don't believe it? Start counting: alarm clock, light switch, faucet, shampoo bottle, toothbrush, razor…) But who makes all these things, and why do they look and feel the way they do? How can good design make objects, and our lives, better?

Objectified is a documentary about industrial design; it's about the manufactured objects we surround ourselves with, and the people who make them. Gary Hustwit, the director of Helvetica, talks with Dieter Rams, Marc Newson, Jonathan Ive, and other renowned designers behind some of the world's most iconic products. lynda.com is proud to offer this film to our members, along with over one hour of online-exclusive bonus movies.