In this video, confirm that you are able to read and write hash objects to the database.

- [Instructor] So now that we have that portion in place, … let's go ahead and move over to our views. … We need to write the proper code so that … if someone is going to pass us some information … via the form, that we actually go … and create a hash object. … So, let's go ahead and import that hash object … up at the top. … We're going to say from and we want to import … .models import capital hash. … Great! … Got that in place. … Since we're also going to be doing some hashing, … let's go ahead and import as well, all lowercase hashlib. … Remember, this is what helps us to do the proper hashing. … So, now, with our home request, it could receive … a post request, it could receive a guest request. … So, we need to make an if statement here, … decide how we want to react. … So, let's start first and say if a request.method, … and use two equal signs here, … if it's equal to a post, in all caps, there's … one situation that we're going to want to handle, … and then we're going to have a different situation … 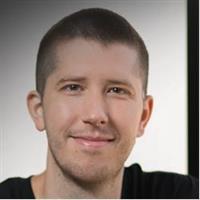