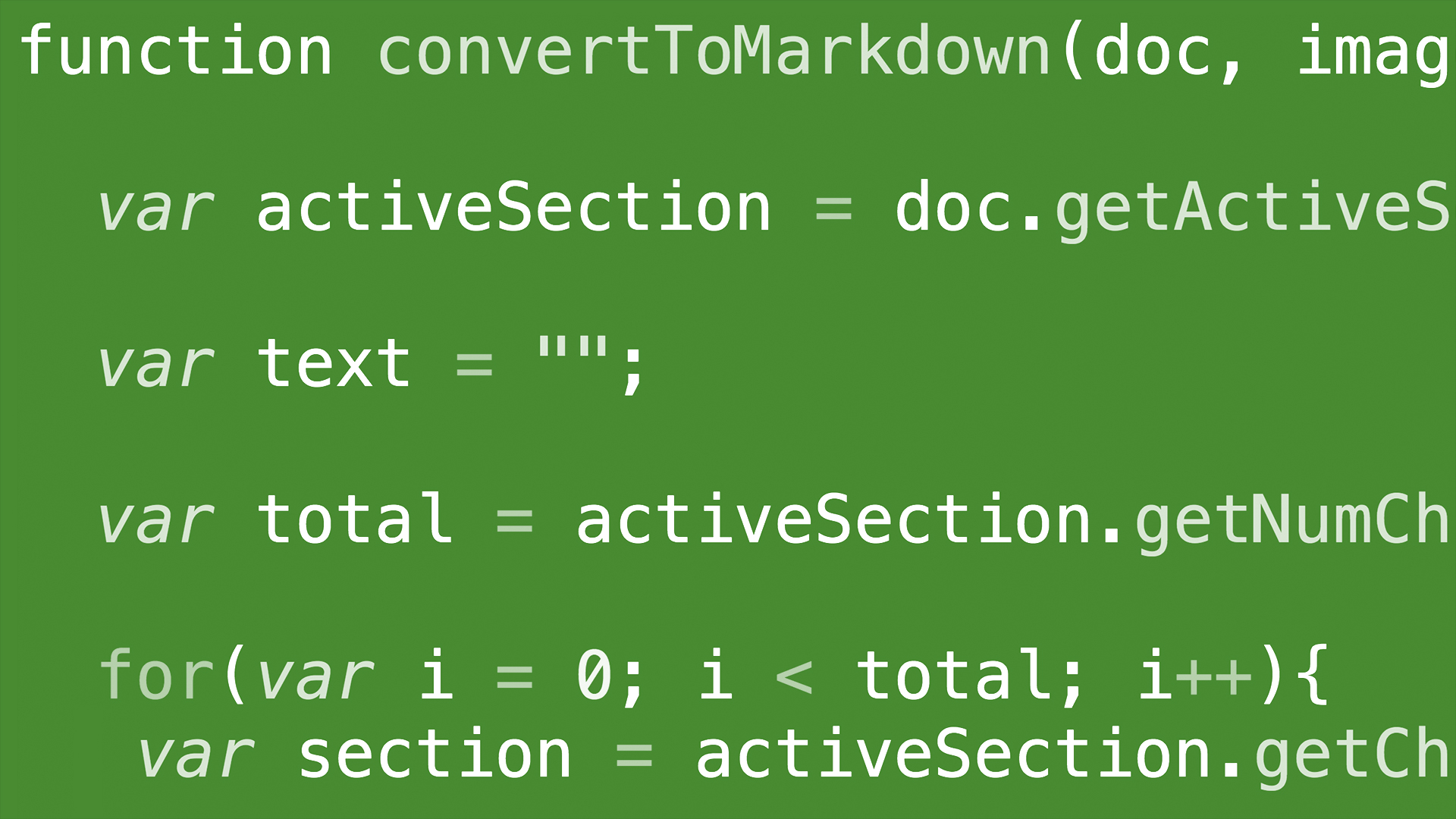 Join Jesse Freeman for an in-depth discussion in this video Introduction to Apps Script, part of Google Apps Script for JavaScript Developers.

- [Instructor] Let's take a look at writing…and debugging code inside of the Google App Script IDE.…Whenever we want to run our script,…we will need to select the default function.…As you can see, since our project only contains…one function called myFunction,…it is automatically selected from the dropdown menu.…We can hit Run in order to start our script.…If this is your first time running a script…and have not saved it,…you'll be prompted to save it…before you can execute any of the code.…Let's give this project a new name.…

We're going to call our project Convert2Markdown…and all of the code we need…in order to take a Google Doc…and turn it into a Markdown file…will exist within this project.…Once our project is saved,…we can run it and myFunction will get called.…Now since we don't have any code, nothing actually happened.…Let's go ahead and create a new variable…and we'll call this test…and we're going to set its value to Hello World.…Now one of the limitations of using this online IDE…is that none of the code is actually executed…

4/3/2017
Google Apps Script has a robust set of APIs available to any JavaScript developer looking to automate content creation tasks by leveraging the storage space of Google Drive and the collaborative nature of Google Docs. In this course, discover how to automatically generate Markdown documentation for your projects using the power of Google Drive and Google Docs. Jesse Freeman explains how to get started with Google Apps Script development, as well as how to work with files and folders in Google Drive. Plus, he goes into how to convert a Google Docs file into Markdown and format Markdown elements.
Topics include: