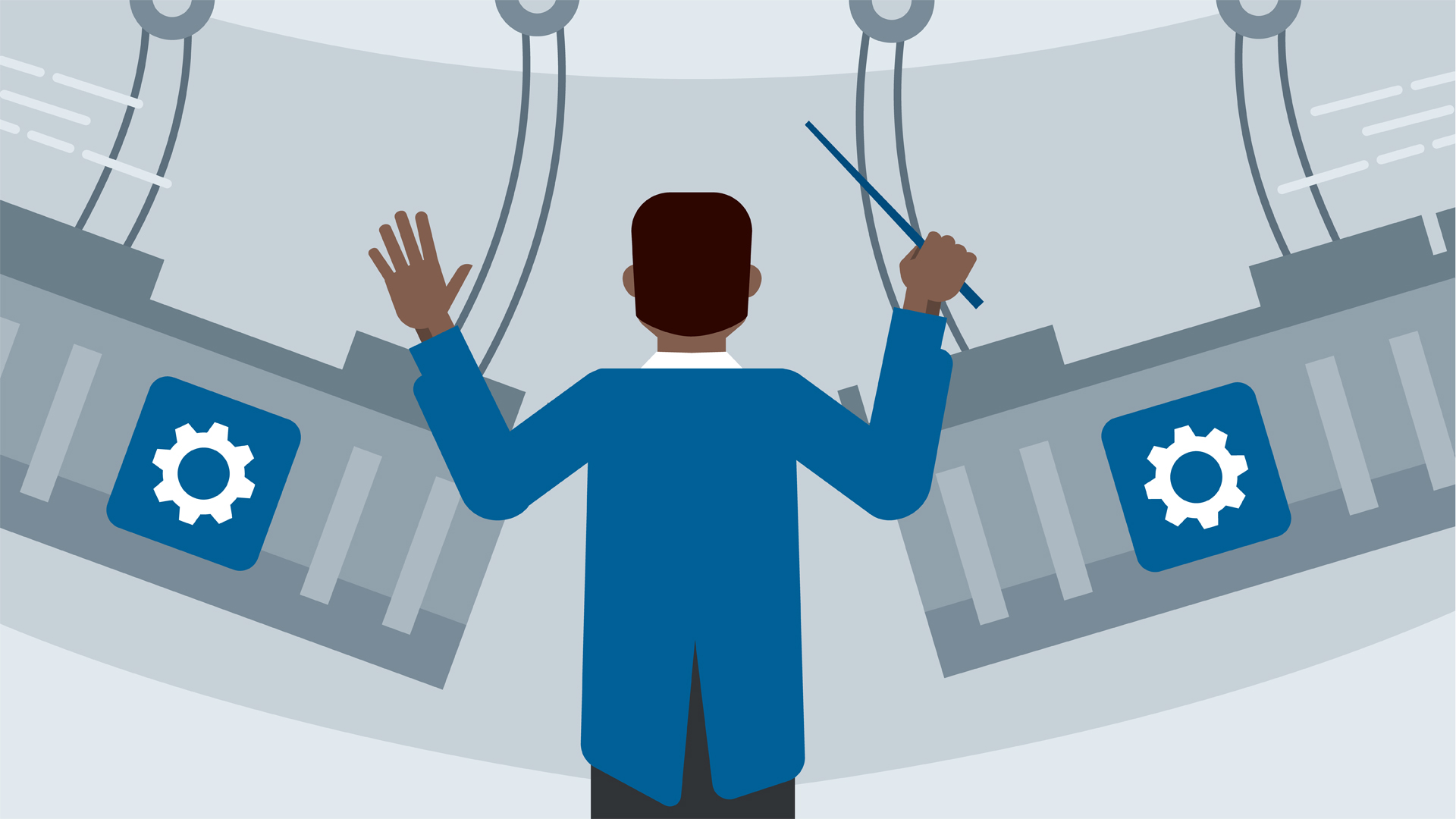 - [Instructor] Docker Swarm is the cluster management and orchestration feature built into Docker Engine. Docker Swarm is available whether or not you have Docker Community Edition or Enterprise Edition. The Docker Swarm functionality comes from a separate project that Docker calls Swarmkit. A swarm cluster of Docker hosts or nodes, as they're called, is a highly available cluster of servers that runs in swarm mode. What's so powerful about Docker Swarm is that you can create what they call a service.

The swarm cluster is run by what we call managers and the work is done by worker nodes, which run the swarm services. The core features of Docker Swarm are high availability, ensuring that your applications and services are always available. Load balancing, so that the load is distributed across all of the containers running in the cluster. Resiliency, so that if something unexpected happens in the cluster, those applications remain always available. Placement, so that when new workloads are added, they're automatically distributed across the cluster.

And, as I described, the declarative service model, so that you can declare what applications you want running and ensure that those are always distributed and highly available in the Docker swarm cluster. Docker Swarm is also secure by default. Each node in the swarm cluster has encrypted communications with all the other nodes and rolling updates are possible, so that if you need to upgrade the Docker software on a particular node, all the workloads can be automatically moved to other nodes in the cluster.

So what's the business benefit to orchestration? The Docker container philosophy is to break large applications up into much smaller microservices. With those containerized microservices, Docker Swarm helps you to ensure that you have consistent performance and high availability so that, if the unexpected happens or if you need to massively scale up your applications, you'll maintain consistent performance and availability for your end users.

4/6/2018
Enhance your Docker skillset by learning about Docker container technologies, with an emphasis on container orchestration. In this course, instructor David Davis covers how Docker container orchestration works and shares important tips you'll need to prepare for the Docker Certified Associate (DCA) exam. Specifically, he steps through how to set up a Docker Swarm cluster, deploy Swarm services, troubleshoot Docker Swarm, and more. By reviewing these concepts, he helps to prepare you for the first domain of the Docker Certified Associate exam.
Topics include: