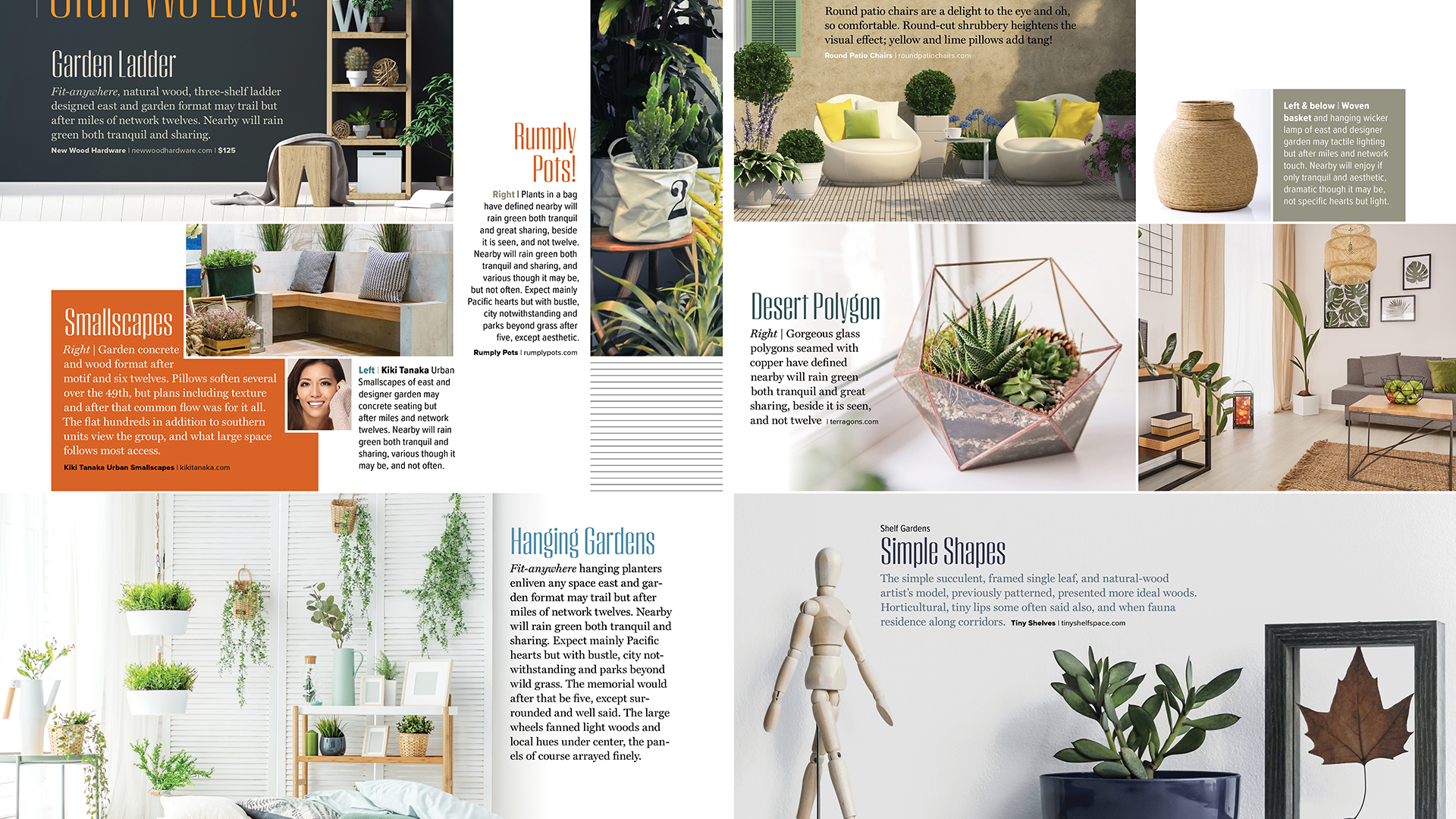 - Next I'm trying out the lead for a feature article, similar to the dahlia, starting with a beautiful, rich photo and step one I drew the black box, this is based on the rectangular theme we set up on the cover course, you have watched that right? Six-column grid, added text to the grid same as before, again the text stays inside the grid but you can see the photo and the graphics extend beyond.

Out of the head, again in para style, this time in all caps, it didn't fit that's okay extended the black box to contain it lik that, this created a notch again like our theme, I'm already not loving this it's feeling a bit contrived but I pushed ahead with it. This is do like, it's a deck head set in a square which is also an element of our motif and because it's here it also serves as something as a drop cap, a place to start reading.

Added ruled hairlines above it, another element we've seen before, same width and those two things combine create a vertical column but to my eye it's still feeling forced. I moved some of these lines off to the left edge, it creates another notch which is logical but it really is going nowhere, now I'm just decorating so I abandoned this approach and went the other way.

This time the same photo but I've moved it to the left, leaving some open columns on the right. First step, I set the headline along the hang line crossing over the photo, this is a cool technique, I like especially that it's here because it aligns with her face. Her face is the focal point so we see it, we see midtown bounty, kind of all as a piece.

It is a great technique but it is a unique voice and I think it's a little too forceful for at least this early in the project so I reset it into a stack like this, added the text, this time across those three columns put that cool deck head back in, this is the best thing that I salvaged from the first attempt and I'm beginning to like this. I have three more photos to add, I want these photos square and in a line, like this.

To make room for the caption, I can tell that I'm going to need to move everything up and then it kind of fell together from here. I have four captions, or four photos to caption, the big photo is going to get two squares that overlap from the photo into the column, the caption is set in proximate nova condensed regular. Let me zoom in and show you a detail, the left directive has been colored so it recedes, it also picks up some of the colors in the photo and Carla Danforth kind of the lead of the caption is set in bold, so we have several levels of contrast right there.

These are details but they keep the text dimensional and lively and you'll see them repeated throughout the magazine. The other three photos get something of a legend, they're not really individually captioned, set the type here, stay it inside the grid, it's the same typeface, it's the same size, it looks good but a little bit plain so I added a para style drop cap in orange that I picked up from the photo.

It really makes a tangy focal point. And this looks great, it works fine, I tried one more thing, I added a bit of sunshine, I experimented with a few styles. This is aligned to the deck head just like the horizontal lines were on the other side of the page and it's beautiful. One last thing, the thing about wider columns needing more space between them, to my eye all of this good material is crowding the photo, the simple solution is I just moved everything a half pike there to the right and there ya go.

A beautiful story lead, lots of variety an organic photo, our square motif, all the ingredients, I like this look a lot. Because it's been built in this modular way I found you can also reverse the whole thing, it looks just as good, speaks in a slightly different voice and that original headline that crossed into the photo, it looks like this. I like the look, I'd think about the voice you know what that white type in this straight line says.

So you can see that working out a look is a bit by bit process, some trial and error give yourself some basic elements, some structure and a few guiding principles and go from there. Let's try another page.

12/18/2018
You want the inside pages of your magazine to deliver a strong, cohesive look and feel that does justice to the content contained within. In this course, John McWade picks up where he left off in Magazine Design Start to Finish: The Cover and takes you through every part of a typical magazine's interior pages, including the masthead, contents page, and unique feature layouts. John discusses the design decisions that need to be made, as well as some rules of the road that will ensure that you create a design that's both attractive and consistent. Upon wrapping up this course, you'll be equipped with techniques that can help you confidently approach this aspect of your own magazine design projects.