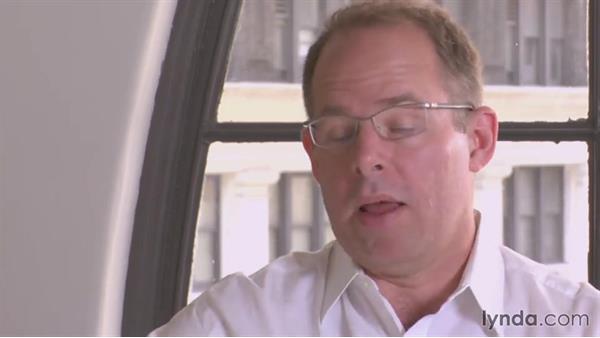 I imagine, there was a time when it just felt so good to take something that was old, and dusty and homemade and crappy looking, and replace it with Helvetica.

It's just must've felt like you were scraping the crud off of like, filthy old things and kind of restoring them to shining beauty. And, in fact you know corporate identity in the 60s, that's what it sort of consisted of. You know, clients would come in and they'd have like, you know, piles of goofy old brochures from the 50s that have like shapes on them and like, goofy bad photographs. They'd have some letterhead that would say amalgamated widget on the top and some goofy maybe a script typeface above amalgamated widget, would have like an engraving showing their headquarters in you know, Paducah, Iowa, with smokestacks belching smoke, you know.

And then you go to a corporate identity consultant circa 1965, 1966. And they would take that and weight it here. And say, here is you current stationary, and all it implies. And this is what we're proposing. And next to that, next to the belching smokestack, and the nuptial script, and the ivory paper. They'd have a crisp bright white piece of paper, and instead of amalgamated widget, found in 1857, it just would say, which cow in Helvetica medium, can you imagine how bracing, how thrilling that was? That's, that must've seen like you would go, you would crawl through a desert with your mouth just caked with filthy dust.

And then someone's offering you a clear, refreshing, distilled, icy glass of water. That kind of clear away at all this horrible, kind of like the burden of of history. It must have just been fantastic. And, and, you know it must have been fantastic because it, because it was done over, and over, and over again. So, this is what I'm talking about, this is Life magazine 1953. One ad after another in here just kind of shows every single visual bad habit that was like endemic in those days. You've got you know, zany hand-lettering everywhere.

Coke. Period, in Helvetica. Period. Any questions? Of course not. Drink Coke, period. Simple. >> Governments and corporations love Helvetica because on one hand it makes them seem neutral and efficient. But also, it's the smoothness of the letters makes them almost seem almost human. That is a quality they all want to convey because, of course, they have the image they are always fighting. They are authoritarian, they are bureaucratic.

You lose yourself in them. They're oppressive. So, instead, by using Helvetica, they can come off seeming more accessible, transparent and accountable, which are all the buzzwords for what corporations and governments are supposed to be today. Now they don't have to be accessible or accountable or transparent, but they can look that way. Our tax forms from the IRS, are in Helvetica. The EPA uses it. Now there's someone who wants to look clean and official and efficient.