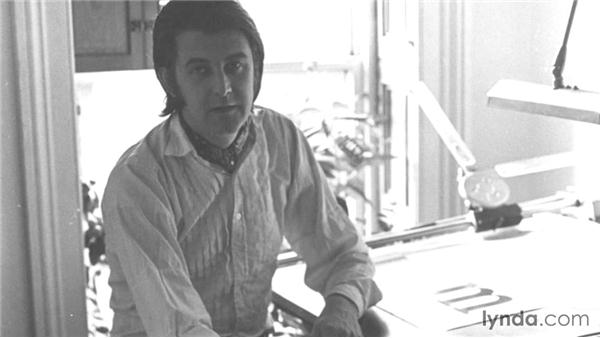 I have to say, that for a lot of my life I'd rather dreaded the moment of having to explain to someone.

You know, you find yourself sitting next to some nice person on a plane or train. And they ask you sooner or later what you do. And if you say, type designer, they generally look completely blank. Occasionally someone will, will actually know the term. But then will say, I thought they were all dead. Since I did some work for Microsoft in the mid 90s on screen font. Particularly, Verdana and Georgia. I've had quite comical encounters with people who will say, oh you work with fonts. We just got this memo around the office, we've all gotta start using something called Verdana.

Have you heard of it? Or something like that. You know, it's funny. Funny conversations that never would have happened to me, you know, 30, 40 years ago. My dad was a typographer. And although he didn't push me to follow in his foot steps. When I left school, highschool in the UK. I had a year to fill before going to university. And I got sent as a trainee, unpaid trainee Intern. To a type founder in the Netherlands. Where I spent a year, learning what turned out to be a complete obsolete trade of making type by hand.

It was a matter of cutting letters in steel, engraving them at actual size. You know, I doubt if I ever got up quite to one letter a day at that time. So you know, I could say that really I've made type by practically all the means. That has ever been made in 50, 51 years that I've been working. It's hard to generalize about the way type designers work. There really isn't a generality of, of us. But I think that most type designers if they were sitting in this chair, would essentially start in much the same way.

I would probably start with a lowercase h. It tells me first of all whether this is a sans-serif or a serif typeface. If it were a serif face it would look like this. Here are the serifs, so called these little feet on the bottom and top of the principle stricts of the letter. Are they heavy, are they light? What is the nature of the serif? Is there a lot of thicks in contrast in the letter form? What are the proportions of the overall height? The ascendus they're called as the h and the x height part of it.

The lower part of it. Then because an h is a straight sided letter, I would then do a round letter like an o alongside it. I can get a sense of how the weight of the curved part of the o, relates to the weight of the straight part of the h. And already there is a huge amount of DNA in just a couple of letter forms like that. I'd then probably do something like a lower case p. Because it's half straight and half round. And also it has a descending stroke, which is another vertical dimension that I would be interested in establishing.

I would then build on that. If you've got an h, you've got an awful lot of information about n, m and u in the lowercase. You've gotta p. You've got q and b and d, and so on. And then, just as soon as possible, I would get them into words or something that looked like words. Because for me, the experience of reading something is so critical in judging it as a typeface. Because I, I, I find that that is, that's the acid test really of how a typeface performs. One of the most characteristic and to my mind beautiful things about helvetica, is these horizontal terminals you see in the lowercase a and c and e and g.

The whole structure is based on this horizontal slicing off of the terminals. It's very hard for a designer to look at these characters and say, how would I improve them? How would I make them any different? They just seem to be exactly right. I'm glad no one ever asked me to, to second guess Helvetica. Because I wouldn't know. I wouldn't know what to do.