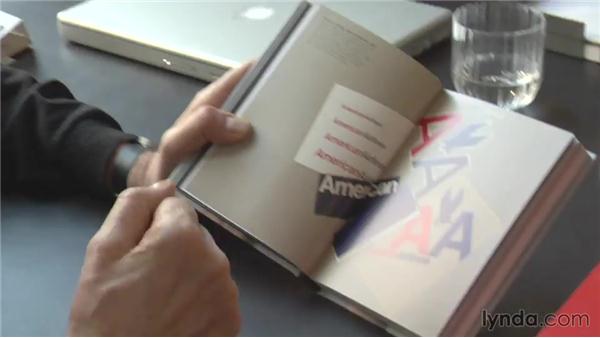 Now should I talk, should I not talk, you never miss. You wanted to say something? Say something, say nothing. Life of a designer is a life of fight. Fight against the ugliness.

Just like a doctor fights against disease. For us, visual disease is what we have around and what we try to do is to cure it somehow you know, with design. Good typographer, always has sensitivity about the distance between letters. Within typography is black and white. Typography is really white. You know, it's not even black. It is the space between the blacks, that really makes it. In a sense, it's like music. It's not the notes, it's the space between the notes that makes the music.

For instance, we designed the corporate identity for American Airlines. This is done in 1966, and a novelty at the time, was the fact of making one word, instead of two American Airlines, but making AmericanAirlines one word, half red and half blue. Just symbiotic by what can be more American, that red and blue. You know, so it is perfect. It's the only airline, in the last 40 years that has not changed their identity. All the airlines come and go and then change it. American Airlines still the same and there's no need to change.

And how they can improve? They got the best already, you know. American Airline and Helvetica. We always said the tendency to use very good few typefaces. It's not that we don't believe in talent. We believe that there are not that many good type faces, you know if you want, if I want to be really generous is a dozen basically I use no more than three. There are people that think that, type should be expressive. And they have a different point of view from my end, I don't think type should be expressive at all, I mean, I can write the word dog with any type face and it doesn't have to look like a dog, you know? But there are people that when they write dog, it should bark, you know? Is a typeface, that was generated by a desire of having, a better legibility.

It is a modern time. It is a very clear time. It's good for everything, pretty much. You can say I love you. In helvetica, and you can say it with helvetica extra light if you want to be really fancy, or you can say with extra bold if you're intensive and passionate, you know? And it might work. It can also say I hate you, you know, I can write, you know I certainly can write a few letters in helvetica, in saying that, no.

To Washington particularly, if I can put it that way. When helvetica came about, we were all ready for it, it just add all the right connotations that we were looking for, for anything that had to spell out loud and clear modern.