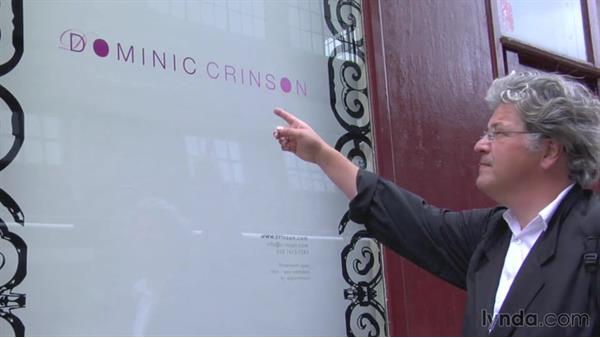 What I like is if this very serious typeface tells you the do's and don'ts of street life. And it must be Helvetica at that moment. The image of Helvetica as the corporate typeface made it so-called the typeface of capitalism which I would actually reject and say it's the typeface of socialism. Because it is available all over and it's, it's, it's inviting dilettantes and amateurs and everybody to, do typography to, to create their own type design, and I think that's its a good thing.

I think I'm right calling Helvetica the perfume of the city. It is just something you don't notice usually, but we would miss very much if it wouldn't be there. I think it's quite amazing that a typeface can advance to such a status in our life. >> As is always the case with any style, there's a law of diminishing returns. The more you see it the more, the public sees it, the more the designer uses those typographic and graphic solutions, the more familiar, predictable, and ultimately dull they become.

>> By the time I started as a designer it sort of seemed there was only one trick in town, which is like what could you use instead of Helvetica. You know? AVH, anything but Helvetica. And you do need lots of san serial typefaces but it seemed like Helvetica has just been used so much, and over used so much, and associated with so many, kind of, big, faceless things that it had lost all it's capacity even, to my eyes at least, to look nice. >> And by the '70s, especially in America, you start to get a reaction against what, what it seems to those designers is the conformity, the kind of dull blanket of sameness that this way of designing se-, is, is imposing on the world.

So something that had come out of idealism has by this time become merely routine and there's a need for a change.