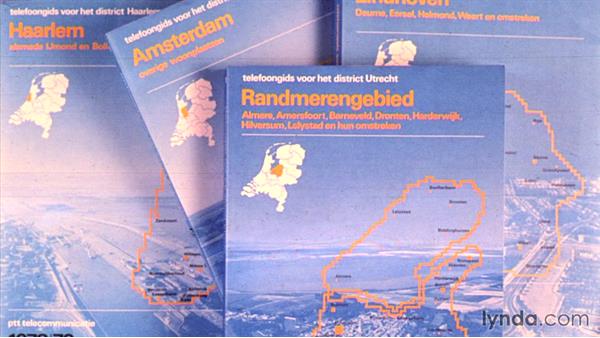 For us modernism does have more subversive side.

I think that whole image of modernism is something that is primarily concerned with functionalism utilitarianism, that is something that emerged much later that's is a more, a late Modernist thing or something. I think the early Modernist movements like Dadaism, Futurism, Surrealism that sort of things all had there more subversive sides and are more Yeah, I do you call it? The more, you know, the sides or the vent against something.

It's not that we are against that experimentation that people such as David Carson and, and Emmy Clay, and you think, what you do is sort of extension of that, all that hunting to the next typeface every time, it took a lot of energy. And, I can still remember students that you were really disappointed because you wanted to use a sort of typeface and then saw somebody else used it and then you couldn't use it because you wanted to be original, and with Helvetica this whole point is nonexistent because everybody is using Helvetica.

So, for us it is almost like a sort of natural mother tongue, that's something really natural, it's not that we. I mean a lot of people think you, you sort of study it from books and then copy it or something. But I, I, I would really say that it, it's almost in our blood. It's also funny because a lot of people connect Helvetica sometimes with the sort of dangers of globalization and standardization. I'm not afraid for that quality at all because I just know that everybody can put their own twist on it.

I think that you can put as much nationality in the, in the spacing of a typeface as in a typeface itself or something and I think the way people like Crouwel used Helvetica, it's strictly Dutch, I think. And, and, and that why I'm, I'm never really impressed by the, by the sort of argument that Helvetica is this sort of global monster.