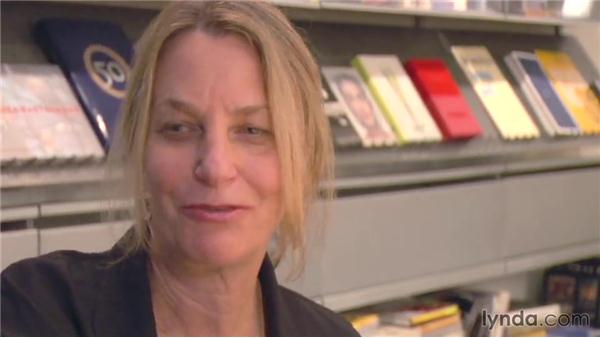 So it may very well be that when it comes to trends, at least in graphic designs, we've reached sort of h, you know, the end of history, and the pendulum that swings back and forth doesn't have any more directions it can swing in.

The final trend may simply be the completely democratic distribution of the means of production to anyone who wants it or anyone who can afford it. >> You can have a music studio for a couple of thousand bucks. You can have a film studio for ten grand. You can definitely be a designer. This 1 or $2,000 and have basically similar tools than the people who do this for a living. >> All these people have tools to make good design; they realize it ain't that easy.

You know, it's not just opening a template in CorelDRAW or PowerPoint. >> You know, it's not about having the latest version of whatever program. If you don't have the eye, if you don't have the sense of, of design, the program's not going to give it to you. >> I remember years ago a friend of mine who produced radio commercials had five guys go out in the hallway of CBS records and sing the beginning of Round Round Get Around, I Get Around by the Beach Boys, and they really tried; they rehearsed for a week to get their harmonies right, and they were the best vocalists who worked in that department on that floor, and they loved music, and they went out, and they sang it, and they were totally flat and sounded horriblly terrible, but they, you know, they had rehearsed and, and, and then, of course, the voice over for crew commercials said, now you can appreciate the Beach Boys.

And it's really sort of the same thing, I mean, the more you, the closer you come to it, the more you see it, the more you can appreciate it when it's terrific. >> There are more good young type designers, by young I mean probably late 20s or early 30s now than any time in history. So who knows what typefaces they will design in terms of style and so on. But they'll good, and you know, it's in my way of thinking that is a huge gain, a huge benefit that comes with this more democratic, more accessible technology.

Yeah, I mean, I, I wouldn't have believed that those things actually could be right or wrong, as opposed to someone's taste. Yet, you sort of have nearly 50 years of history, of the thing, daring people to fix it, and it seems to be unfixable.