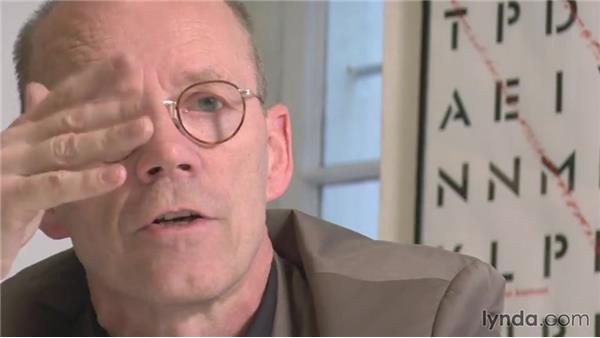 (upbeat music) (speaks in foreign language) - [Man] Hello! - [Woman] Hi! (speaking in foreign language) - I'm obviously a type of maniac, which is an incurable, if not, mortal disease. I can't explain it. I just like looking at type. I just get a total kick out of it, they are my friends, you know? Other people look at bottles of wine or whatever, or, you know, girl's bottoms. I get kicks out of looking at type. It's a little worrying, I must admit. But it's a very nerdish thing to do. I'm very much a weird person. So, that's why typography for me is the obvious extension. It just makes my words visible. Real typeface needs rhythm, needs contrast, it comes from handwriting, and that's why I can read your handwriting and you can read mine. I'm sure our handwriting is miles away from Helvetica or anything that would be considered legible, but we can read it because there's a rhythm to it, there's a contrast to it. Helvetica hasn't got any of that. - [Interviewer] Why 50 years later is it still so popular? (sighs) - I don't know. Why is bad taste ubiquitous? No, it's actually, Helvetica was a good typeset at the time. It really answered a demand. But now it's become almost default that, partly because of the proliferation of the computer, which is now 20 years, the PC I mean, it was the default on the Apple Macintosh and then it became the default on Windows, which copied everything that Apple did, as you know. Interface and everything else and then they did the clone version, Arial, which is worse than Helvetica but serves the same purpose. I think now it's probably never going to go away because it is ubiquitous. It's a default. It's air, you know. It's just there. I mean, there's no choice. You have to breathe, so you have to use Helvetica. It brings a style with it, every typeface does. It has a certain, well it's like a person, you know. If you were slightly heavier than me then you're not going to walk around in tight T-shirts, you look an idiot. And Helvetica is heavy in the middle, so it has a certain, it needs certain space around it, it needs a lot of white space, it needs very carefully to look at the weight gradations. It needs a lot of space sideways also. That is very legible, but very small and very tightly done, and very lightly as modern design. It's a nightmare. It's a total nightmare. I wouldn't say this if I hadn't tried it. 'Cause all the letters, it's the whole Swiss ideology. The guy who designed it tried to make all the letters look the same. Hello? That's called an Army, that's not people. It's people having the same helmet on. Doesn't further individuals. And the aim with typeset is always to make it individual enough so that it's interesting but of course 95% of any alphabet has to look like the other alphabet, otherwise you wouldn't be able to read it. I've never sort of woken up with a typeface coming on. You know like some people (gasps) oh I've got to do this and that. I have to go to the easel and you know, these amazing brushstrokes. I don't have that urge. I wake up and usually I want to go back to sleep. I mean, everybody puts their history into their work. And I certainly know that when I draw something, I'm sort of fast, I'm loud, I'm chaotic. I'm not very rule-based even though I'm German and I love rules. But I'm (mumbles). I mean, I'm a Gemini, my birthday yesterday. So I'm all over the place, essentially. I'm always on time but a year late, you know what I mean? But then I'm on the second. So I have this horrible thing which comes out in my typeface. Is they are never perfect. They always have a little edge in the sense that I leave them alone when I get bored with them. I know there's people who hate me, who'd never use one of my typefaces in a million years. And vice versa. People would use any typeface I design. Not because it's good for them or it fits the purpose. Simply because I did it. And I think we all do that. I mean, you know, certain bands I buy every CD from even though some of them are crap. But I buy them 'cause I've always bought their CDs or their music. Why do people buy certain things? The brand rubs off on them. And typefaces are a brand. You're telling an audience this is for you by using a certain typographical voice. You'd recognize the Marlboro brand two miles away 'cause they use a typeface that they only use. You can buy it. I have it. Anybody can, it's called Neo Contact. Anybody can buy it but Marlboro have made that typeface theirs. You can recognize any Marlboro ad from miles away because of that stupid typeface. If they used Helvetica, hello, it wouldn't quite work.