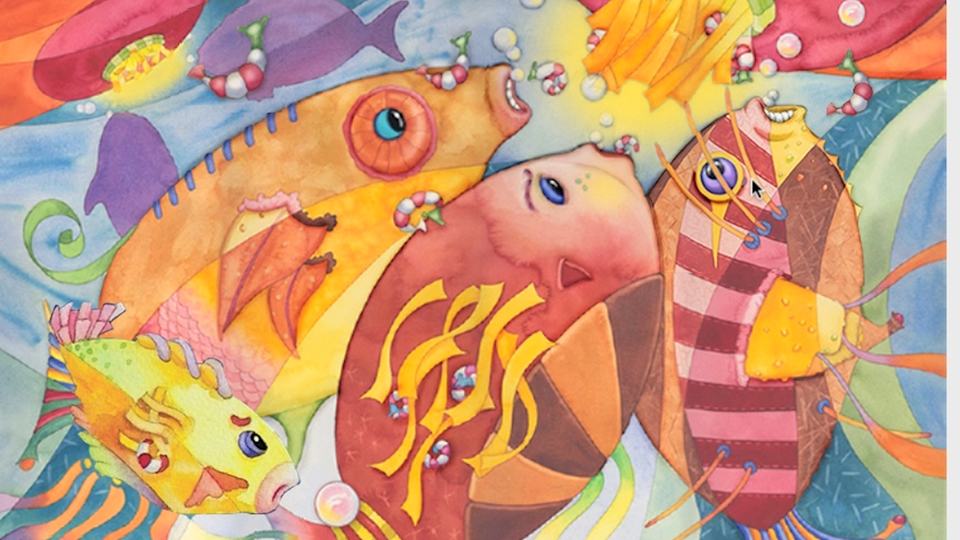 - [Voiceover] As exciting as InDesign's animation features can be, and as you'll see, as easy as they can be to use, at the end of the day, you're not going to do much with them just sitting in InDesign. While it's fun previewing your animations in InDesign's preview panel, it's almost never how you'll ultimately distribute your work. It's important to know what formats you can use to export your document and have all that exciting animation be part of it. We're gonna cover output formats that support animations in detail later in this course, but for now, I just want to give you a quick overview of what's supported, at this time at least, so you know what you can do with these files once you create them.

There's a special EPUB format that supports InDesign animations directly, called fixed-layout EPUB. Fixed-layout EPUBs are a special EPUB format that's more like a PDF, where pages look like they do in print, with the layout and type just as you designed it. They're created very easily in InDesign with a simple export command, and they don't involve a lot of prep to create. Fixed-layout EPUBs exported from InDesign have really good support on Apple's iBook app, whether running on a Macintosh with Mavericks or later, or an iOS device.

They're also supported by the Kobo EPUB reader, which is available for desktop readers as well as Android devices. Fixed-layout EPUBs are also supported by the Readium plugin for Chrome browsers. I'm gonna cover exporting animations to fixed-layout EPUB in more detail in another video, and you can learn all about creating them by watching the course, Creating Fixed-Layout EPUBs with InDesign CC with Anne-Marie Concepcion, here on Lynda.com. Another format that supports InDesign animations is Publish Online, available with InDesign CC 2015 and later.

Publish Online lets you publish any InDesign document online with a single click, where it generates a unique URL that you can then easily share via e-mail, social media, or even embed in your own website. You can learn more about Publish Online with my course, Publish Online with InDesign, here on Lynda.com. Now, let's take a look at the formats that don't support InDesign animations directly, and right now, that list is longer than those that do support it. One format that does not support animations is the flavor of EPUBs called reflowable EPUBs.

These are the most common EPUBs, which are usually text-heavy, and allow the reader to change the font and font size, and don't really keep the layout. Reflowable EPUBs have limited support of all the interactive features available in InDesign. Limited pretty much to hyperlinks, or in some cases, audio and video, depending on the reader you're using. Not a huge surprise here that animations aren't supported. Unfortunately, PDF files. Even those exported as interactive PDFs do not support animations.

Interactive PDFs do support some interactive features, such as hyperlinks, or buttons, or audio and video, on some platforms, but animations is not a feature that's supported. Even Adobe's digital publishing suite, or DPS, which has been relabeled as the Adobe Experience Manager Mobile for tablet apps doesn't have direct support for InDesign animation features. That's a bit more surprising, right? You can use InDesign animations and then export them with some third-party products back into InDesign, but we're not gonna cover that during this course.

Finally, animations are not directly supported if you do an HTML export from your InDesign file. No surprise there. The most widely used document formats that support InDesign animations are fixed-layout EPUBs and Publish Online. This is a pretty exciting development, especially when it comes to Publish Online, and I'm sure we'll see more and more animation used as time goes by.