Sketching is creating the illusion of form in space 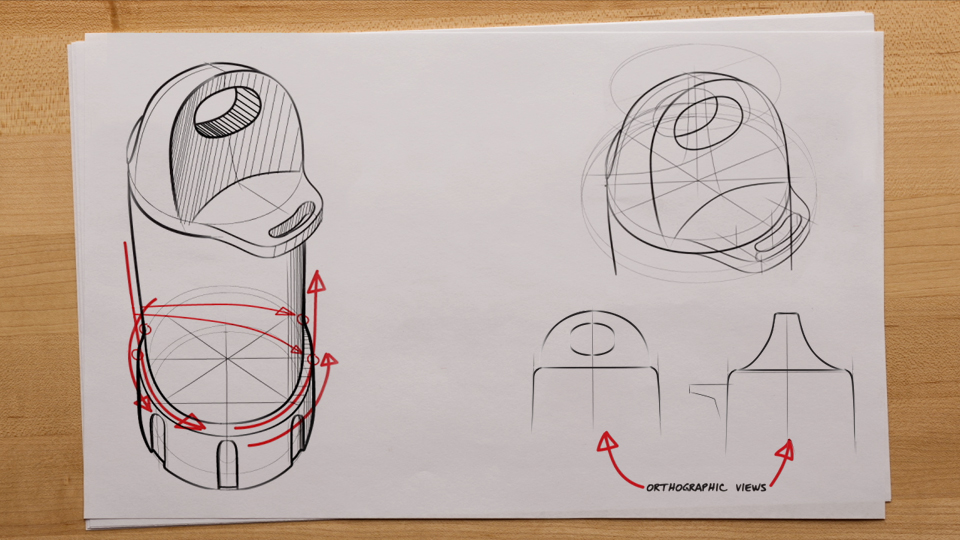 Join Kevin Henry for an in-depth discussion in this video Sketching is creating the illusion of form in space, part of Sketching for Product Design and AEC.

- In the previous movie, I mentioned that sketches, unlike computer models, are fixed illusions in space. You can't rotate them like you can a computer model. But you can certainly sketch an object from any angle you choose once you understand perspective. And to do that, we need to lift the curtain, so to speak, on the magic of sketching, to reveal how the illusion actually works. So, when looking at an architectural or design sketch on paper, we know that the image is really just an illusion. The physical form we're seeing, in fact, doesn't really have depth, despite the fact that it looks real.

The easiest way to understand this is to go to a window in your house, take out a dry erase marker, and sketch the house across the street, but sketch the house directly onto the glass. Ask for permission first, of course. What you are actually doing is accurately capturing the three dimensional form on the two dimensional surface, the glass, as it appears to your eyes.

The outlines and internal lines and curves of the house are projected accurately onto the glass in real perspective, so the sketch, if you could take the glass pane from it's frame, would be an accurate perspective sketch. The transparency of the glass, which is called the picture plane, allowed you to capture the three dimensional form on the two dimensional surface. But, you have to stand perfectly still, because if you move your eyes and your body, the resulting sketch will be slightly different.

Of course, if you went to an upstairs bedroom to sketch the very same house, the sketch would be, well, very different. Because the angle of sight would be different. This angle is referred to as the point of view, or vantage point, but we'll get into that in greater detail a bit later. Filippo Brunelleschi, an Italian sculptor, architect, and engineer, who worked in Florence, Italy, in the first half of the 15th century, is most famous for designing a building, The Dome, that sits atop the Duomo, the cathedral in Florence.

He also concoted an ingenious little experiment to test out his hypothesis about how perspective works. This experiment, sometimes referred to as Brunelleschi's peep-show, used a mirror, along with a small painting of the octagonal shaped baptistry building just outside the Duomo, that Filippo had painted specifically to demonstrate that converging lines recede to a single point, the basis of one point perspective. At the center of his painting, he drilled a hole right at that point of convergence.

He did this over and over again, raising and lowering the mirror in order to compare the painting to the real thing, to assess if his painting was accurate. And it was. His real insight was that in one point perspective, all lines converge to that single point, the hole through which he was looking. He now understood how to create realistic looking images. Similarly, with all two point perspective, all lines converge to one of two points, the right, or the left, vanishing point.

Brunelleschi's friend, Leon Battista Allberti wrote the recipe down as a treatise, explaining it in a step-by-step set of instructions. The rest, as they say, is history. That little experiment and the published treatise helped spawn centuries of further experimentation and refinement. Here, for example, is a drawing of a chalice by Paolo Uccello, a contemporary of Brunelleschi's, along with a computer wire frame that I created in Adobe Illustrator, simply by tracing the outline of Uccello's drawings.

It clearly demonstrates that perspective drawings in the hands of a master like Uccello, are the forebear, cousins if you will, to modern computer models. 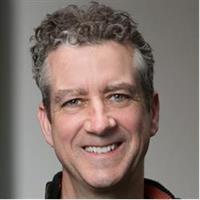 12/21/2015
Product designs usually end up as complex CAD drawings before going into production. But they often start as sketches. Sketching allows product designers to generate ideas quickly, without committing resources to any single idea. That's why this course teaches sketching rather than drawing—focusing on speed, creativity, and iteration rather than on one precise depiction of a single concept.

Kevin Henry, a product designer and educator responsible for the influential book Drawing for Product Designers, teaches beginning and intermediate students how to visualize ideas for small-scale and mass production with just a pen and paper. He combines explanation, illustration, animation, and hands-on demonstrations of concepts such as sketching basic shapes as well as more complex forms, creating planes, the mechanics and methods of two-point perspective, projection principles, and creating the illusion of shade and casting shadows. The goal is to get students generating ideas, and sketching them as accurately as possible without inhibiting the creative process. At the end of the course, Kevin explains not just how designers sketch products, but also why. When you're done, check out the rest of our product design courses, which expand on advanced methods of sketching and visualization, including prototyping and computer-aided design (CAD).
Topics include:

Video: Sketching is creating the illusion of form in space