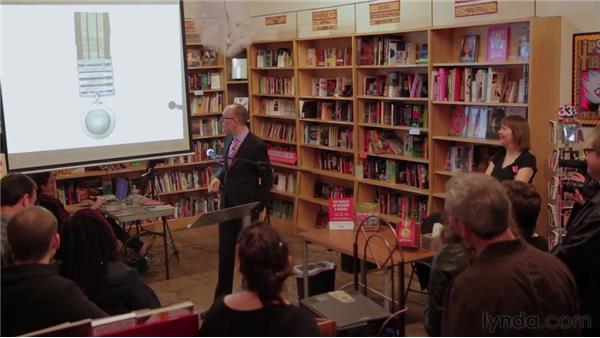 Stefan G. Bucher: Oh cool! Check that out. Wow! That's actually pretty nice. Dang! So they did these just based on drawings that I made for the book. So what we are looking at here are proofs for my next book and for some products that are coming with my next book, which is called You Deserve a Medal: Honors on the Path to True Love. The idea behind the book is that dating and relationships are such hard work, so is thought okay, we need to create medals for people that are dating.

Right away, I have Norm over my shoulder doing that. This would have been a Norm thing, to say, "Well, you know it's a broken heart, so you put a crack in the damn medal." That's a Norm thing. This brings it all together. I mean this takes the Donaldist ethic, it takes Art Center, it takes my writing and the illustration, and it's probably the first time that it's all completely come together. This is the end point of about a year and a half of work to launch this medals book.

I'd gotten out of a long relationship, and after I sort of got my bearings again a little bit, I just started online dating and went on a whole lot of dates and just meeting people. I met some really amazing people but then got to the point where I was almost freaked out about meeting people offline because I thought, "Well you know I don't know anything about them. How old are they? How do they vote. Do they want kids. Do they not want kids?" Real life was kind of freaking me out. And I remembered a conversation I had with a marine at the airport on the way to one of the talks. And he said, "Oh! You know, I am a nurse, and I got lot of crap for not serving on a boat during my basic training." And I said, "Well, why are you telling people that? You know, why don't you just not mention it?" He is like, "Oh! They can see it on my ribbons.

They can see it on my medals, because they can read that like a resume." And then I was sitting on a first date and I thought, "This is what we need. We needs medal for dating." Then I immediately went home and started drawing. I started making sketches and writing and then figured okay, well I've got to find somebody to put this out so that I have a deadline that will sustain me through that. (music playing) (music playing) (chatter) Tonight is really sort of-- it's like the launching of a ship.

Everybody gets together at the dock, you put down the logs, then you push the hull into the ocean. It's not an advertising thing, it's just-- it's really, it's a celebration to put something out into the world and to have it be the end point of something and the beginning of something else. Another little thought made manifest into the world. (music playing) (chatter) So, this is the very first medal that I did, which is the Order of the Pumpkin Medal for receiving your nickname in a relationship.

(laughter) And that has now in the book become the Order of the Honey Bear because we couldn't get the rights to pumpkins. And then I thought this will be a whole new way of doing these books. This will be a new era of efficiency in book making for me. I am going to hire a great illustrator to do this for me. I art-directed Jeff McMillan, who is an amazing illustrator. This is the Medal of First Love. So I was like, "It should have cherubs and a kissing couple and a centaur and a unicorn and love arrows and clouds and chrome, and then there should be curlicues here.

So that was sort of the end of Jeff's patience with me, and at that point I was talking to Jen and Jen said, "You should do it. You should illustrate it," and I said, "I don't want to." But she said, "No, no, it'd be great. It'd be great. You should draw it. You should really--you should just do your thing." (laughter) So this is the--you may recognize the ostrich. That's the very first sketch of that. And I don't draw that well, and I had to do this at four o'clock in the morning, so it was like okay, I have to model for myself with a timer, and I don't keep furs around the office, so I did it with towels. (laughter) And as you can see, I've given myself a little bit of extra muscle tone, and I've done a little bit of upstairs action as well.

(music playing) (chatter) None of that stuff ever happened to me. Male speaker: I am sure not. Stefan: No, no, no tear stains in this book. Female Speaker: Working my way into to the Persistent Online Dating Medal. Stefan: Oh yeah? Female speaker: It's a scary world out there. Female speaker 2: I think I'm at the Self Respect Medal.

Photographer: I want to make sure everyone's face is happily in this fabulous photo. All right! Stefan G. Bucher: I hope that this is the first of many projects that talk about life and not just graphic design. The best thing about it is that it's done, so that I can think of the next thing. And I don't know what the next thing is yet. Well I kind of...well, now that I think about it, I kind of know, so now I actually feel kind of anxious because I have something that I should put on paper right now. 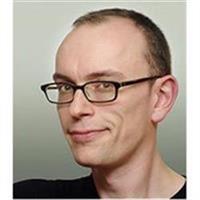