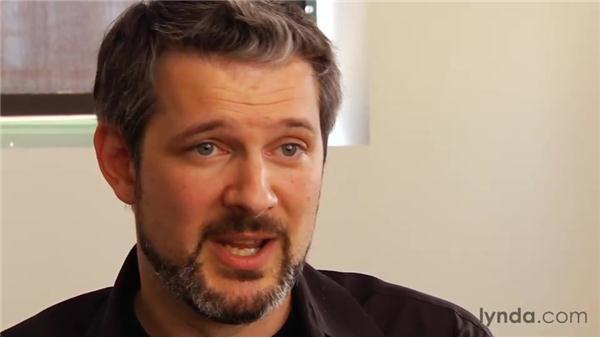 (Music playing) Michael Lebowitz: Over here, we move on to the team that is known as Cheepy's Playhouse. Back there is the mascot and founder of Cheepy's Playhouse. Baron Wesley Von Cheaphausen, is that right? Wesley Von Cheaphausen, the 2nd. It seems like some of the people in this team are off playing foosball, so maybe we'll see them in a minute.

Well, more importantly, here is the shrine of Cheepy's Playhouse, or, that's what how I think of it. And every day at random times, well I guess they're not random, they're random to me, but at moments of accomplishment, the bell is rung so that they're sort of making note of their accomplishments. Male Speaker: I hit it every time I undo. Michael: Every times you do? Male Speaker: Yes. Michael: He hits it every time he undoes. If you come to the studio and you look around, you really see, pretty quickly, I think, what differentiates us.

We don't look like a normal place of work. I just want a place where people feel completely comfortable. When I interview people, I sometimes use the analogy you spend a third of your life in beds, so buy a really, really good mattress. You spend a least another third of your life at your job. Have a place that you love to go everyday, that you're happy to go everydayy, and that's sort of the principle of what it's like to be here and hopefully, at least, and that's what it's like for me.

I love coming here everyday. I think everybody here has a tremendous desire to experience culture and art. And there is a lot of sharing that goes on, both sort of through systems that we have built or that we use and just one-off and sending each other links and interesting things. There is a couple of photos that are sort of silly photos of one of our designers and our 3D artist and they've been Photoshopped into absolutely everything, Evan's face in a particular photo, across everybody known to man and they do this on company time.

It's not like they're going home so they can do this. I actually think it's really good. It's fun that they can laugh at each other and that they can play with the world around them as much as they do. We do everything from really silly things, we're about to start the very first Big Spaceship Olympics for instance. We voted on us on a giant list of potential events, ranging from air hockey to pictionary to trivia and we did a poll of the entire office and the top ten events were selected and we're going to go out and do these things over the course of the entire summer.

It's the Big Spaceship Summer Olympics. Does it directly relate to creativity or concepts that we're doing in our work? Maybe. You never know where things are going to come from, but I think getting people out into the world doing silly things that sort of breakdown inhibitions and let people feel more trust of each other. I won't say that look at we have a foosball table and Guitar Hero tournaments because of our brainstorming process or anything like that. But they're certainly interrelated in some way or another.

We have several dogs in the office, ranging one, two, three, sometimes four dogs at any given day. Over the time, we just have a culture of having dogs. This space is really great for dogs, because they can move around a lot and there are a lot of things to explore and see. I think it makes people happy, ultimately. It's really nice to have sort of a silly creature nudging at you. I don't always love the barking when it happens, but I can live with it. We make very significant use of headphones in the office.

I think headphones are the sort of isolation booth that people sometimes need to just charge through and get work done. We also don't put phones at every desk, because we don't want things ringing constantly. Because people sit with their teams, so everybody around them in general is working on the same project, I think it's a lot less likely that there'll be interruptions and they can kind of figure out their own methods for saying I'm busy right now. People have put signs on the sides of their heads.

People have put signs on their computers saying "not now", but the point is that they can do that however they think is going to be most effective in their group and it tends to work. Everybody can play music here. We have iTunes set up for the office. We spend a lot more time thinking about how we can make our company and our workplace good for the people that work here. You don't walk in the door and see, oh my God, this place is so perfectly designed. It's our house.

It's not for our guests. I think when I go to other design studios I always think like, wow! That's really pretty. I wish we had something that was that clean and polished, but then I think, could we actually get our work done in an environment like that? I'm not sure we could.