Welcome to the Big Spaceship 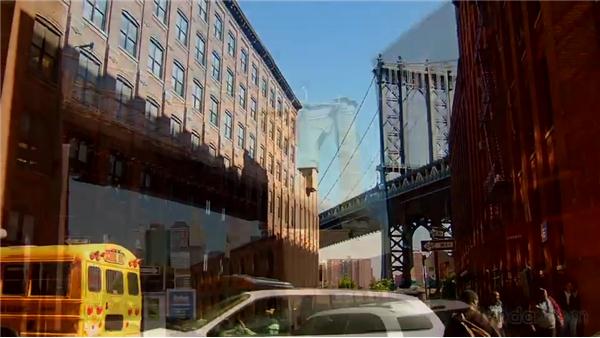 (Music playing) Michael Lebowitz: So here we are, where all of the real work actually happens, which is the big open space that is really the Big Spaceship. The most important thing is just to see this glorious vista, this expanse of space. We really loath cubicles and things that separate people from other people. We really want people to be able to turn around and interact with each other at any moment and really be able to collaborate in real time.

When we decided we wanted to start a company, we sat in a caf? for several hours with a dictionary, just trying to pull out keywords that we thought were interesting in some way and spaceship was by far the favorite, because it had connotations of both sort of retro and future. It's just sort of evoked different things in different people's minds. But because www.spaceship.com was taken, and is still taken, we needed a modifier, and I just thought Big Spaceship sounded really inviting and sort of it had the connotation of mothership and thought, sort of, there is room for everyone on a big spaceship.

We left a somewhat larger agency and followed with typical startup story of an extra bedroom in an apartment on Smith Street in Brooklyn that was about 100 square feet and, slowly but surely, worked our way up in space and moved into this neighborhood. We're located here in 45 Main Street in DUMBO, which is sort of the very heart of DUMBO, which stands for Down Under the Manhattan Brooklyn Overpass.

When we first moved here, it was a pretty empty neighborhood. It was mostly artist lofts in old factory buildings. These are all old factory buildings. We're right on the waterfront and over the seven and a half years, we've been in the neighborhood, it's changed really radically, to the point that we have a Starbucks and fancy condos and places to eat. Brooklyn was, sort of, it was both a lifestyle choice and a very conducive choice to the finances of a startup.

We certainly have a different kind of recognition in the world in that early on with no recognition in the world at all. We sort of carved our way into the niche of working on theatrical campaigns for feature films and that became our bread and butter for a long time. We really often talk about the very first thing we do on a project is say "What's the conversation we're trying to start?" or "What's the story we're trying to tell?" And that is fundamentally the service that we provide.

We partner with brands to tell stories or open conversations on their behalf. Specific services, we certainly do a lot of design and video work. We do a lot of work inside of social networks. We do a lot of a game development and we have our own proprietary game engines that we build games on top of, very regularly, for brands. But it's almost limiting to say we do the following six things, because as soon as we write that down, we'll replace three of them with other things and we'll invent three new ones.

So I think our services are fundamentally the value proposition that put in front of you. We create experiences for brands.

Video: Welcome to the Big Spaceship