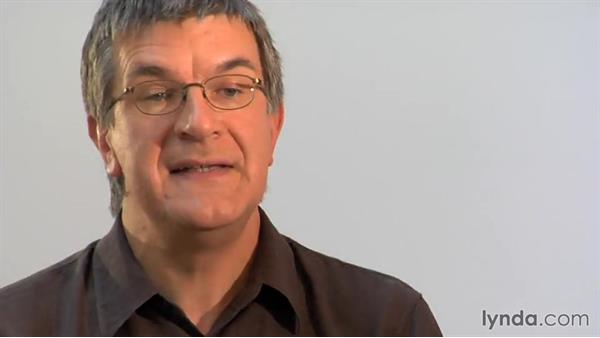 I actually think its a fools game, trying to predict what comes next. I can tell you what I hope comes next, but that's not necessarily what will come next. You know, I, I'm, I'm always hopeful that people will break out of the trance, that they will become much more critical. Of the way communication works, of the stories it tells, maybe the illusions it confects, perhaps sometimes the lies it spins, and that they will vote with their feet by turning away from it and finding something of their own.

The, the problem, of course, with all these romantic ideas. About the kids at street level creating their own culture. A culture of resistance. Is that nowadays those agencies, those marketing companies. Have their cool hunters out there. Logging what the kids are doing, recording it, interviewing them, infiltrating them, and incorporating that into mass market, global communication, within months sometimes, of them flaring into life on the streets.

So it's really, I think if you if you do want to resist all of this. You want to find a way of insulating yourself, against this manipulation through communication. Which ultimately is just out to get the money out of your wallet. Then, you, you've got a really tough problem. Tha, that actually in the end, only a kind of re, refusal, a. Saying no to it really just, just trying to ignore it, trying to leave it out.

It's the only way to go. There's nothing else he you do. Maybe you have to worry less about being that kind of cool, fashionable person who's just like all the other cool, fashionable people, sharing the same kinds of dreams, aspirations. Tastes in trending new products, but it's really difficult because the whole system, it seems to me, in particular the kind of technology we using and the way we're using it, actually disposes us toward, to look towards the corporate realm for guidance actually.

We need the stuff they're selling to us. It's all part of being a modern person. And there's no escape from it. You know, once upon a time you could be a starving artist in a garage or a poet with your notebook just writing those poems, you know, and getting loaded on absinthe in the evenings. You know, actually an amazingly simple life, more about just survival than consumer indulgence. But now it seems that every aspect of our pleasure, every aspect of our identity, what we think makes us a contemporary person, is tied up.

In brands, products, services which we must consume at a considerable price, and because we're now so accepting of that, this is the new reality and you sound like some kind of old curmudgeon if you mention any other possibility at all. People are very primed, to accept what advertising has to say. They need to know about it. You could see, Helvetica, in some, in so, in some of its uses, not all the uses, but in some of its uses, as being as being part of this, this whole problem.

But I, I don't want to lay all the fault at Helvetica's door, it's just a type face, but you, you know, it was recognized way back in the 1970's. In an article written by The Village Voices, advertising critic, a woman called Leslie Who, who went out, researched the whole subject of Helvetica and how ubiquitous it was even then, and asking really why? What's going on here? And she quotes an architect called James Wines. In her piece, where he says.

Actually it is part of the control system, I'm paraphrasing that, but he specifically talks about the psychology of enslavement. He says that, that this, this type faces a voice of authority and when you fall in with it and go along with it, you are being propelled by the, by that whole sign system along a particular path. Now, you know, sometimes that is pretty useful. It is useful to know how to get to gate five in an airport.

We all need that. And I think it would be foolish, really to question those kind of uses, although there's no doubt that as a social entity in an airport, your movements are being controlled but controlled with good reason and you benefit from it. But when the same kind of type of typographic signal is applied in this conformist way in advertising. To do nothing more actually than to get you to buy stuff, then maybe James Wines 30 years ago talking about the psychology of enslavement had a point.