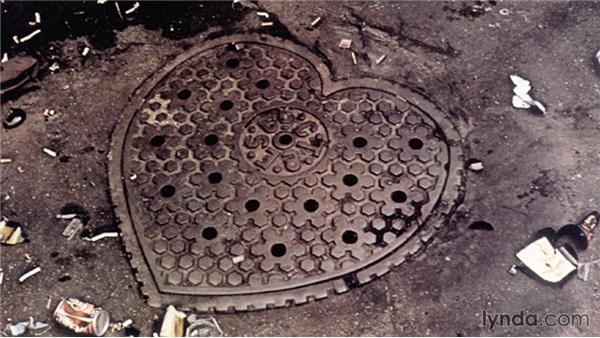 I began to make association first through period, because it was the easiest thing to connect with a specific subject matter. So if I was going an album on Bartok and the music came from the 20s, then I would couple it, I would find a face that Cassandra designed, like and I would use that and and make the period connection between the music and the typography. Now the, the modernists wouldn't do that because it would be too obvious.

And to, to a, a degree I agree with them now. On the other hand, I always thought they were very ungiving. I, I thought all that withholding was sort of just withholding. Like why, why be so mean? And I don't know if less is more. Less is more unless it's less, and sometimes more is more, and I think that less is more is a conditional statement. Though I do love a certain form of minimalism right now. >> Really? >> Mm-hm. >> Getting back into your. But not with Helvetica For me, technology has always changed since I started working.

When I learned how to set type, the type was first it was handset, then it was linotype, then it was photo typositor. We worked on a Lucy machine, then we got a stat camera, then we did things on the Xerox machine, then there was a computer, then the computer software changed, then it changed again. Then the screens got bigger, then the thing got smaller, then you could carry it around, then it was portable. Now I'm doing my email on you know, my little Treo wherever I am, and that's the way life is. But I'm not that interested in it, to be quite honest. I found, find that it's something that I expect to change, and that it's been a condition of my working life.

I expect it's going to change next year, and the year after that, and the year after that. And I'm going to find out what it does, and I'll use it. And if I don't want to use it, it's because I don't like what it does. When the co, computer was first being adopted by early users, the software was bad. The typefaces were cut terribly. The letting was horrible. You couldn't put type on its side because the computer couldn't do that yet in the software. And it was a, it was a, there was a limitation to it. And then it got better. When it got better, I used it. When it was impractical, I didn't use it. I don't think that technology for the sake of technology is ne, necessarily right.

Some things are broken and aren't fixed yet. But when they're fixed, I like them. I mean it's sort of a I'm the kind of person that would never buy an experimental car. I would buy a car that works really well and drive it and be very happy to have it, and not have much of a conversation about it and get on with it. But I'd get where I needed to go. >> And that's how you feel about. >> That's pretty much how I feel about computers. You know, I like them like I like my car. They're fine. I don't like the way they smell. They don't smell like art supplies. They smell like cars. I worked in the record industry from 1972 to 1982 at a time when the record cover was everybody's favorite form to work on, that every illustrator and photographer would want to work with me.

I mean, I could work with Richard Avedon or Irving Penn or just, the greatest most famous artists. There was no problem in getting anybody to work, and all we really had to do in those days was please the recording artist. The recording artists had cover approval, and some of them were quite insane. You know, as an industry, where Stevie Wonder and Ray Charles had cover approval, so of. I mean, I actually had the, worked for Johnny and Edgar Winter, who were legally blind and they used to, you know, look at their record covers like this but I did some wonderful work for, for both of them.

My first record cover was for John Prine an album called Common Sense that I designed in 1973, and I'm still proud to show it. And, to me it's amazing. I'm told that graphic design is ephemeral, that it disappears, but these things are still in the record stores. Two covers I did for Charles Mingus, Changes One, Changes Two, and they were totally typographic. They were designed, actually, in push pin style. Very Victorian letter forms drawn with drop shadows that I spent hours doing, emulating my heroes at that time. And they exist in their original form, folded up and put into the CDs.

And I Iove that that, that still can happen, that they're still there. I guess those were also 1973 or 1974, so it makes them 32 years old. I was so disappointed when record covers shrunk in size that I, I never mastered the design of a CD, and I walked way from the industry when that really began happening in the 80s, and, and really didn't have any interest in designing for it anymore. And also, I think that, that you have to be, I think, young in the business to do that work well. And I, I thought as far as CD packaging went, the person who mastered the best was Stephan Sagmeister because he actually did more with the form mostly CDs looked to me like shrunken record covers that wanted to be bigger.

>> Like half the designers that we talked to, had some, some way, that's how they either got interested in graphic design, they were in music, they were in bands, and the album cover was, was, what got them interested in graphic design. >> That's very common the music graphics in general motivated a lot of young designers to become designers. And it's because that's what you saw in your culture. And that was what was designed for you that, that you felt you were part of some form of movement that was changing the world.

The, the lyrics had meaning. I remember, for me, holding an album cover in my hand and sitting with an album the first time that I played it, those big 12 by 12 surfaces that I loved, and turning it over and being able to read the liner notes and finding some insider joke. As if it was all designed in the shorthand that was for me. And I think that where that's changed is I think technology does that with young people today. Like I think they're responding to things that, that go on in text messaging that are sort of semiotics and little symbols. And that becomes their graphic language as opposed to these big pictorial surfaces.

It's all electronic, but it's still the same shorthand for their own culture. And, that will have it's own visual effect.